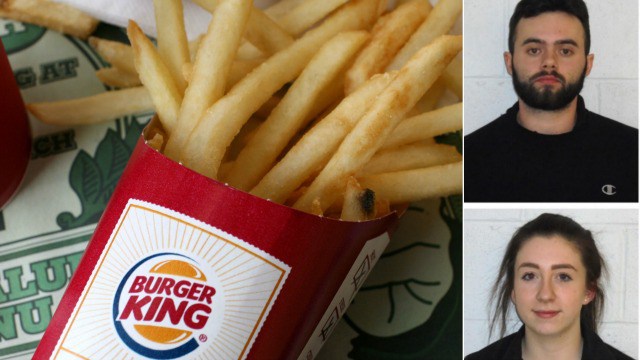 Two New Hampshire Burger King employees were caught selling weed to customers who requested their fries to be “extra crispy.”

Garrett “Nasty Boy” Norris, 20, and Meagan Dearborn, 19, were allegedly selling weed to customers who made that particular order, and their scheme was discovered by an undercover police officer. According to Seacoast Online, the two operated by handing the weed through the drive-thru window to customers.

The undercover policeman who heard about this operation drove up to the Burger King and asked if “Nasty Boy” was working before placing his order for “extra crispy” fries. When he pulled up to the drive-thru, Norris handed him not only his order but also a coffee cup fill of marijuana.

Both Norris and Dearborn were arrested in the drug bust and were released on $2,500 bail, to be arraigned on February 22.