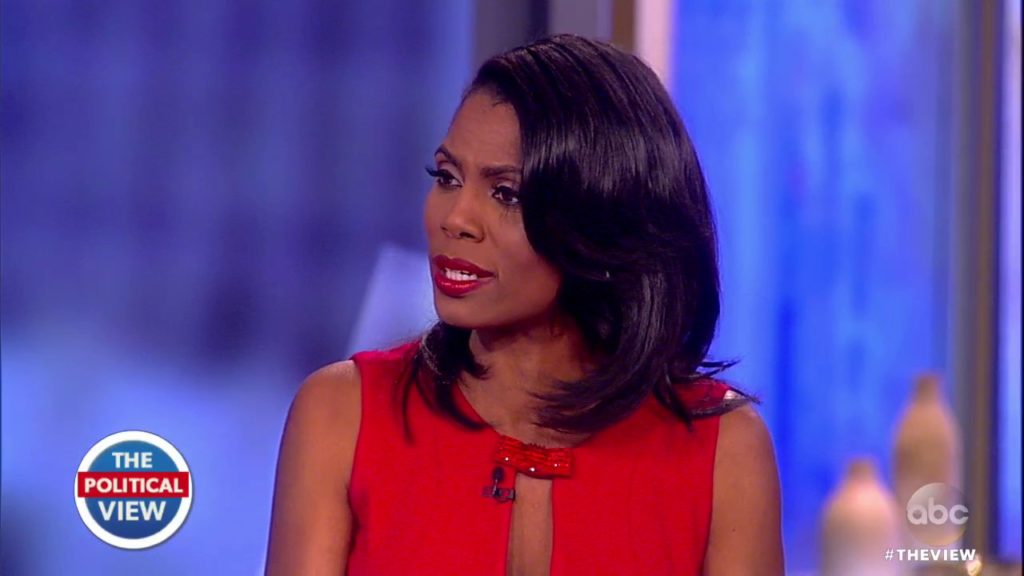 Friday, Omarosa Manigault appeared on The View to speak in defense of President Donald Trump — and in defense of her own position in Trump’s administration.

Co-host Sunny Hostin asked Omarosa if she felt that she was being “used” for “optics” as a high-profile African-American woman in the Trump administration. But Omarosa disputed that, saying, “No one uses me.”

Omarosa also came after Joy Behar in particular, saying, “I know it’s gotta be really hard after the last year and a half, of all the things that you said about Donald to see him sitting in the Oval Office.”

“It is hard, it kills me,” Behar agreed.

“But here’s the thing. You all know him as the president, I know him as a friend,” Omarosa continued before going on to accuse Behar of not giving Trump a “chance.”

Behar shot back that she was waiting for Trump to “apologize—to veterans, to John McCain, to the handicapped, the disabled. That’s what I’m waiting for!”

Omarosa then tried to turn the conversation to Trump’s accomplishments, saying that even “people who disagree” would “have to agree that this first week has probably been one of the most productive weeks of any administration.”

“It has, but it seems that sometimes he gets a little off track as well,” Gretchen Carlson jumped in before going on to reference Trump’s obsession with the size of the crowd at his inauguration. “Is this a distraction for President Trump?”

Omarosa then defended Trump, saying he was “not a politician,” and that he has “never held office,” so he was still working to learn how to move from the public to a private life. “I think in the first five days he’s done a spectacular job or dealing with the most important, high pressure job in the world,” she added.

Check out video from The View conversation below.

Dubai’s ‘Hypertower’ Is The Tallest In The World – Travel Noire