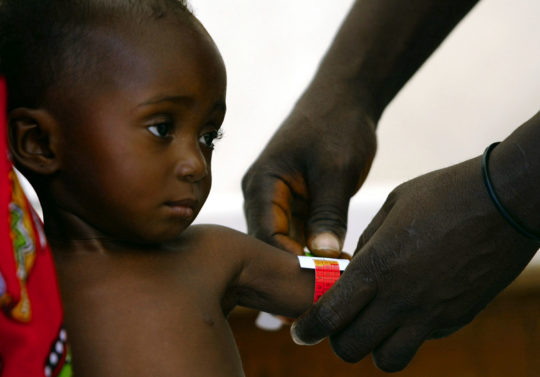 The World Health Organization (WHO) is reporting that a mystery illness has gripped the African nation of Liberia.

According to reports illness has claimed the lives of 12 people in Liberia since April 23, with an additional 21 people falling ill, including an unknown number of children, who remain hospitalized at Francis Grant Hospital in Sinoe County.

CNN reports that officials have been made aware of the illness and are working with the CDC to figure out the cause.

“April 25, we got a call from the Sinoe County health team about a series of unexplained deaths,” said Sorbor George, communication director for Liberia’s Ministry of Health, adding that samples have been sent to the US Centers for Disease Control and Prevention in Atlanta.

According to Tom Skinner, a spokesman for the CDC, “timing of the events, duration between disease onset and death, higher case fatality among children are all suggestive of ingestion or exposure to a contaminant.”

Still, the CDC remains vigilant for other possible causes.

While several cases have tested positive for malaria and have been treated accordingly, government officials are still unsure of what killed the 12 victims.

“We are still not aware of what killed them.” Liberian health care providers are conducting new tests and are now “relying on the international community” to help determine what the illness may be.  “We are still investigating and putting our acts together to know what happened,” George said.

Symptoms of the illness include headache, diarrhea, vomiting and confusion, according to Fadela Chaib, a spokeswoman for the WHO. Health officials immediately tested the victims for Ebola, yellow fever and Lassa fever, but they were all ruled out.

Liberia, along with Guinea and Sierra Leone, had been at the epicenter of the global outbreak of Ebola, which infected roughly 28,600 people and killed more than 11,300 in those three countries beginning in 2013. The WHO declared Liberia free of active Ebola transmission in June 2016.