Conn. woman can sue Harvard for emotional distress for photo of enslaved ancestor 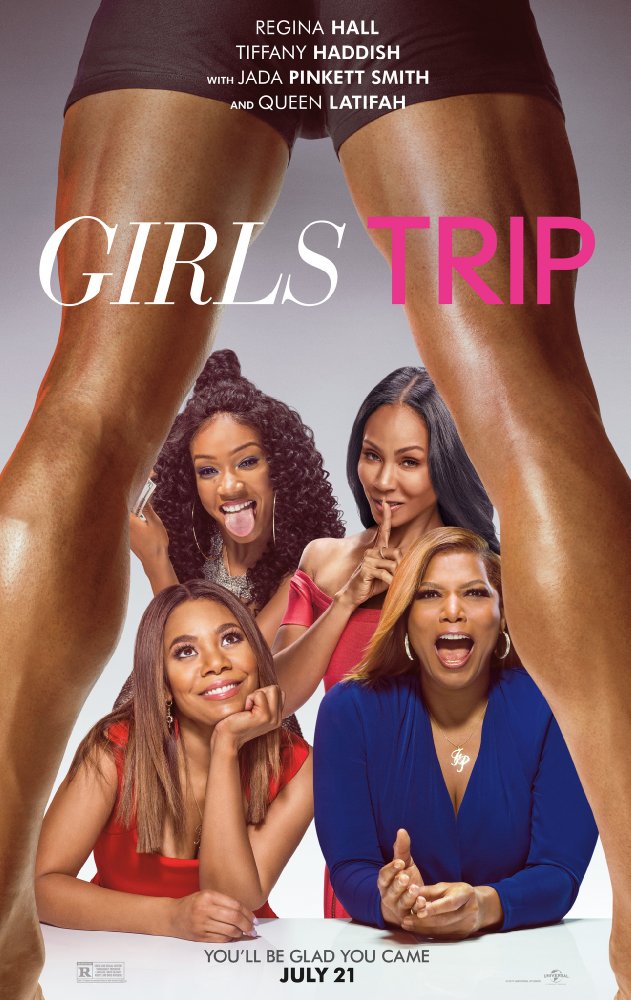 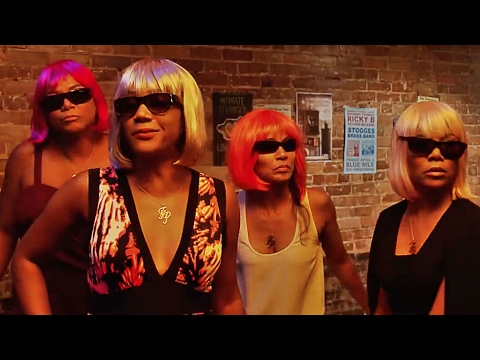 I think Girls Trip should have had the above sub heading in the opening credits of the film as it truly was based on realistic experiences. Girls Trip is the best depiction of what an adventure with my girlfriends looks like. In fact, as soon as the trailer was released, one of my closest friends sent a message saying “This is why we can’t travel together anymore.” She was right. I’m still amazed we’ve never been arrested together!

The love shown between the characters in Girls Trip is a great showcase of the type of bond that is so strong and impenetrable that nothing can break it. It goes beyond the basic framework needed to make a film and included real experience and friendship that was woven into the script and leapt off the pages through the dynamic work of an amazing cast.

Let’s begin with the writing. Of course it has the basic framework: beginning, middle, end. Introduction, conflict, resolution. The manner in which each section is told is what makes this “raunchy” comedy classic. The introduction of the “Flossy Posse” is short and sweet but very informative. It then flows into the introduction of the individual characters and gives a quick foreshadow into what the conflict could be. The middle includes the conflict and even explains the underlying conflict with eloquence and realism (don’t worry I won’t give away anything). The end…well I’ll let you see for yourself but it too was realistic. There was even a very small but notable tribute to a classic film in the midst of the films that I loved. While watching the film, I turned to my girlfriends multiple times with either a look or quick words stating: “you’ve said that” or “you would’ve done that”.   I was on the receiving end of these looks and statements as well. I give the writing a big thumbs up! Full of realistic situations, controversy, conversations and friendship dynamics.

The acting…I mean come on. Queen Latifah, Jada Pinkett-Smith, Regina Hall, Tiffany Haddish, Mike Colter, Larenz Tate, Kofi Siriboe just to name the main players. It was an incredible blend of both veteran and newer talent. I’m a fan of them all and kudos are due to the producers and casting directors for this selection of great talent. Each played their role as if it was their real life. You didn’t like who you weren’t supposed to like and you loved who you were intended to love. 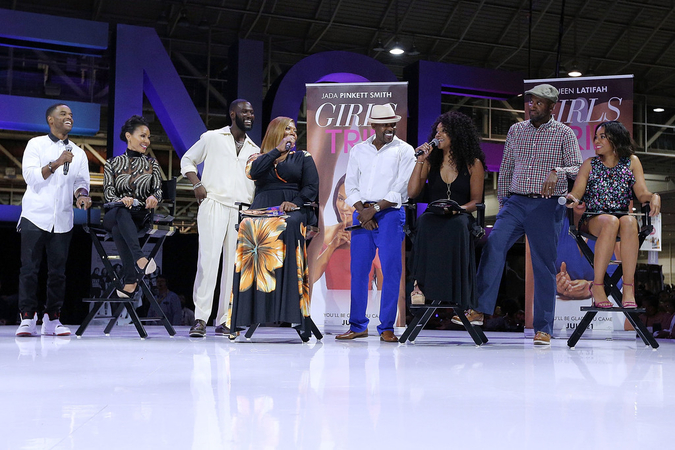 I could go on about the technicalities of this work but that’s not why I am really writing this review. I am writing because as I searched google for reviews of this film I could not find not a single review from the black female perspective. NOT ONE! How is this possible that there is no review by a b lack woman about a film created around the story of the black women and their friendships?

In case you are not aware I attended the illustrious and historical Spelman College in Atlanta, GA. A school built with the intention of providing a higher education to black women when one was not being made available to us. I will be honest and admit I DID NOT want to attend Spelman. Partially because my mother was shoving it down my throat and but I also thought it sounded ridiculous that I would attend an all female school. No. Not doing it.

I then visited Spelman on a program they have where you spend the night on campus and get a small taste of the sisterhood and campus life. I was immediately hooked. Through my matriculation and subsequent graduation I gained education, life experiences, but most importantly I gained sisters. Sisters that I have and will have for the rest of my life. We have had ups and downs, disagreements, bad times and good times and through it all they are my sisters for life. Their children affectionately call me aunt, we share birthdays, births, anniversaries, lunches, brunches, tears and much more. These women are my support system and I have no idea where I would be without them.

I saw this film with two sisters. One of whom drove 4.5 hours to spend the weekend with me and help ease my transition from selling my home to renting a house downtown. Yes you read that correctly. She drove with her dog in tow just to help me get settled into my new place. The other sister, my best friend who I couldn’t pay to leave my side if I had all the money in the world. I love these two women with all my heart and yet they’re just two of an entire circle of sisters I am blessed to have in my life. I am even more blessed that I have more than one circle that shares this type of bond, and no they’re not all full of Spelman women. My circles include men and women from all walks of life and different educational backgrounds.

Girls Trip is our movie. It’s our story. It’s the adventure we call life. It’s the arguments we get over because we love one another. It’s the events we attend for each other just because you’re my sister, my friend and I love you, it’s the naming of children on the way in a group text because this is a joint effort. It’s all of this and so much more.

I saw a few reviews that compared this film to Rough Night, a film about a wild girls weekend gone wrong that eventually brings the all star cast of ladies closer together. This couldn’t be more of an unfair comparison. Not just because Girls Trip opening weekend success far outweighed that of Rough Night, but because the story is different. The connections are different. No not because one is full of black women and the other white women. The story being told is different. It’s heartfelt and realistic and connected in Girls Trip where Rough Night fell flat on all three. Girls Trip is not a film for black girlfriends only. It’s for women with that close bond that love and support each other through everything. It’s hard to tell that story, no matter what race, unless you’ve personally been enveloped in it, watched it or seen it in action for a good portion of your life. It can’t be faked or tossed together in a night. Girls Trip does the job of showing the years of friendship and sisterly foundation it takes to truly depict this bond.

Now 2,591 theaters and $31.2 million dollars later, Girls Trip is the biggest box office hit of it’s genre this year. So my advice to you? Grab your bestie or your group of friends and immediately go see this incredible film.

This post can be found on it’s original site at tiffanielanelle.com

Conn. woman can sue Harvard for emotional distress for photo of enslaved ancestor