Why the Environment Matters Now More Than Ever 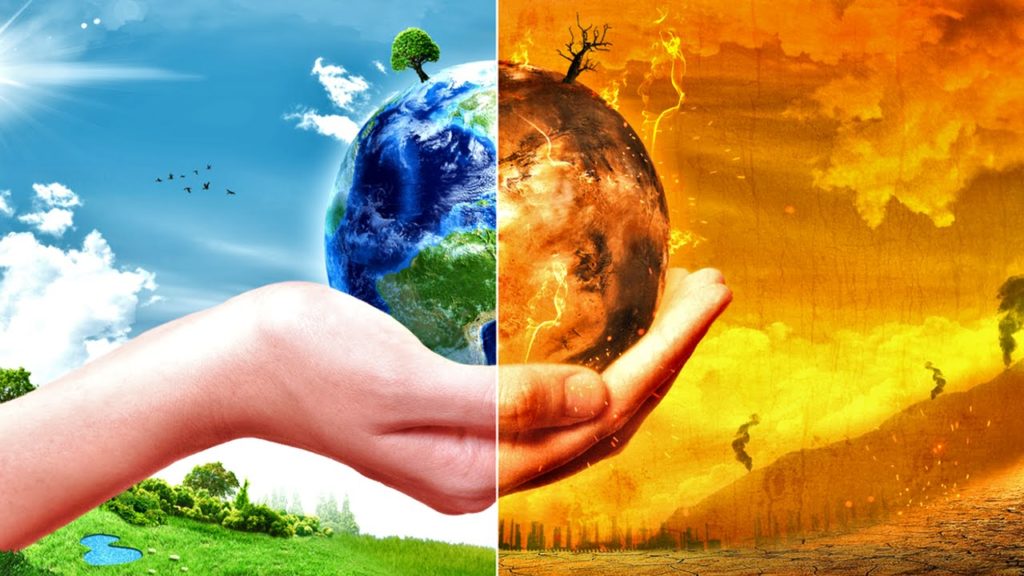 In the past couple of weeks, two major hurricanes have impacted the United States. Harvey devastated Houston, while Irma did a lot of damage in the Caribbean islands and Florida. It’s very unusual that two hurricanes would happen in such close proximity to each other, and it looks like future natural disasters can only get worse because of climate change.

What is causing climate change? Climate change is caused by the increase of greenhouse gases in the Earth’s atmosphere like water vapor, carbon dioxide, methane, and nitrous oxide that is warming our planet and causing harmful changes to the environment. Deforestation, pollution, and our dependence of oil have are all major factors as to why this is happening.

Climate change has been linked to making natural disasters potentially worse. When the United States dropped out of the Paris Accords, the message became clear that our current administration has no interest in the environment. When droughts, hurricanes, and wildfires happen all together so regularly it’s time to face the fact that Climate Change and if nothing is done about it today, then who knows what’s going to happen tomorrow.

After Harvey and #Irma, how much of the Atlantic hurricane season is left? https://t.co/28IYGiBrUB pic.twitter.com/ICxfnitLx3

The Los Angeles Times reports that due to the rising sea levels caused by Global Warming, storm surge is more likely to happen, which are the flood waters that come from the ocean that end up causing damage onshore. It was also reported that when the temperature of the ocean increases, the likelihood of storm surge also increases. As the planet warms, it holds in more moisture making intense rainfalls more prevalent. While it’s debatable that climate change is causing more hurricanes, most scientist agree that frequency of Category 4 or 5 Hurricanes like Harvey will increase.

Is the recent rainfall too late for our forests? https://t.co/dLzYauVx67

While droughts are natural part of places like California, there has been research that has been able to connect to Climate Change. The rise of atmospheric temperatures has caused the moisture in soil to evaporate quicker, which is needed for plants to flourish. If the moisture is leaving soil quicker, than plants will likely die out faster. Even if total rainfall stays the same, higher temperatures will likely drive down the average moisture level in the soil, leaving less water available for living things. Only three percent of the world’s water is fresh water and 1.1 billion people lack access to clean, safe drinking water

Everything burns much more easily when it’s dry. Global Warming essentially makes the Earth hotter every year, causing more dry weather. Wildfires can be caused by a multitude of things like the burning sun or lightning. They spread so quickly due to the wind and the abundance of flammable material, and with a dry climate it can be very difficult to contain it. Wildfires have been happening in places like California, Montana, Oregon, and Washington. According to NPR, there have been a reported 123 wildfires across the nation, with over 2 million acres of land on fire.

What can I do?

Our world leaders need to come together and agree on the threat of climate change, and agree to start making changes. Until that happens, we can start making little differences in making the world greener.

Recycling should be a no-brainer. If everyone in the U.S. recycled a portion of their newspapers, over 25 million trees could be saved. Make sure to put garbage where it belongs, and put the reusable goods like aluminum, paper, plastic (especially plastic bags)in a recycling bin, because it can make a difference.

Try decreasing your carbon footprint by walking, biking, or using public transportation. Everyone needs some type of vehicle to get around, but you could definitely make an effort to save on gas by walking or biking to places that aren’t out of your reach. It’s also healthier and it can be your daily cardio.

For grocery shopping, consider using cloth shopping bags, to reduce the use of plastic.

Support organizations that combat Climate Change, and look at which one that you want to support the most.

The Season is Changing but Extreme Drought is Here to Stay: Five Water-Saving Reminders for Fall | EURweb