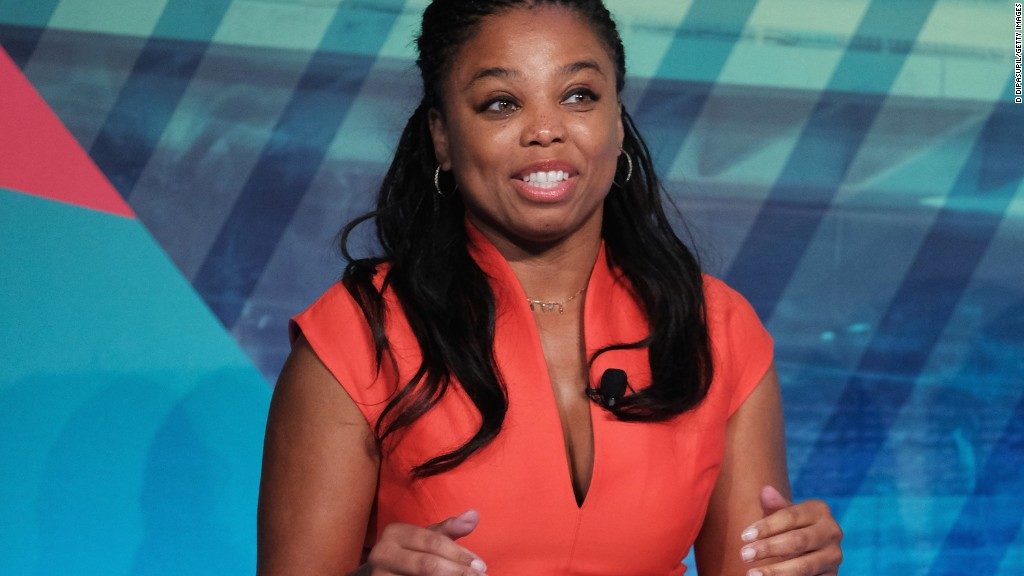 It’s no secret that President Trump doesn’t agree with the media. He famously calls most if not all news outlets that criticize him negatively as “Fake News”.  As busy as a President is (or should be), it’s amazing to see how self-aware he is, when he should be working.

Trump is the most ignorant, offensive president of my lifetime. His rise is a direct result of white supremacy. Period.

ESPN immediately issued a statement saying those comments do not reflect the views of the network.

A couple of things need to be considered: ESPN is a sports powerhouse and they have a reputation to take care of. While the credibility of the network and its sports personalities have been in question by fans, it’s number one priority continues to be  sports entertainment for the masses.

Hill like everyone else at ESPN lives and breathes sports, but does she, an ESPN employee, have the right to flat out call our president a white supremacist [which is defined as a person with the belief that white people are superior to those of all other races, especially the black race and should therefore dominate society]?

Yes, she does, but it’s complicated when it comes to ESPN.  Let’s explore what happened.

In response to Hill’s social media rant on Trump, White House Press Secretary Sarah Huckabee Sanders said, “They should hold anchors to a fair and consistent standard. ESPN suspended a long-time anchor, Linda Cohn, not too long ago for expressing a political viewpoint. The network’s public editor has said that there is a perception that ESPN has become political and that has harmed the network. This is clearly a political statement.  They should be consistent in whatever guidelines that they have set themselves in that front.”

As a leading and well-known ESPN anchor, Jemele Hill is a part of the ESPN brand. Considering this, there should be specific guidelines Hill should abide by, to protect her integrity, as an anchor on ESPN.  Though the First Amendment grants Hill the right to share her public opinions on politics, objectivity should be exercised.

Hill is certainly not the first one to get in trouble with the network over sharing inappropriate tweets, and even she admitted that she should’ve expressed that it was her personal opinion and not a view of the network:

So, to address the elephant in the room … #Facts pic.twitter.com/RTrIDD87ut

ESPN released a second statement stating, “Jemele has a right to her personal opinions, but not to publicly share them on a platform that implies that she was in any way speaking on behalf of ESPN. She has acknowledged that her tweets crossed that line and has apologized for doing so. We accept her apology.”

All U.S. citizens are protected by the First Amendment, and for that reason alone are allowed freedom of speech. From that perspective, some may argue that Hill had full authority to voice her opinion on Donald Trump.  Earlier this year, Meryl Streep at the 2017 Golden Globe Awards used the platform and silence of the nation to speak against Donald Trump.

“There was one performance this year that stunned me. It sank its hooks in my heart,”

Streep continued to explain by saying,

“It was that moment when the person, asking to sit in the most respected seat in our country, imitated a disabled reporter.”

Streep closed her speech with a message for our democracy and said,

“Disrespect invites disrespect, violence incites violence. And when the powerful use their position to bully others, we all lose.”

In cases, like Jemele Hill’s or Meryl Streep’s, opinions are and should be permitted, but as an anchor the standard is slightly different. The Fairness Doctrine of 1949 declared that any radio or TV stations with a FCC-issued broadcast license, when presenting matters of public importance, should present in a fair manner.  Sometimes it’s not what you say, it’s how you say it. Hill’s form of speech while tweeting about Trump was presented from one side, her side, which puts ESPN’s political stance in question.

Hill as a person has every right to call our president whatever she wants, but on a public platform where she promotes the ESPN brand, her behavior could be considered wreckless. Sportscenter is ESPN’s flagship show, and when you’re part of something larger than you, you should exercise wisdom when expressing your controversial opinions.  Thankfully, Hill is still with the network, but trust, ESPN will not forget this.

Love that my @NABJSports brothers came to check on me pic.twitter.com/a02nKHYmjK