Miscarriages in Flint: ‘I Really Believe It’s the Water’ 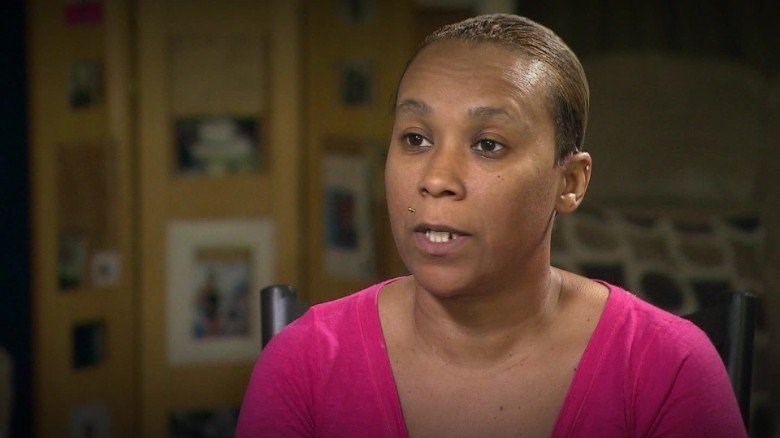 FLINT, Mi. —  Rachel Lauren, who has three healthy children, found out she was pregnant again in September.

“I was sleeping a lot, and thought, ‘Oh boy, here we go again,’” she said. “I was excited to have another baby.”

Lauren told Rewire she moved to Flint in November 2013, just before the man-made water crisis there came to light. She used the water for cooking, bathing, and drinking while she was pregnant with her fourth child, Brielle, now 11 months old.

So she was surprised when her latest pregnancy caused her to start bleeding on October 23.

“I know people say it’s normal to bleed old blood sometimes but I never had this before,” she said.

Then she started cramping heavily, went to the bathroom and passed a lot of bright red blood and tissue. “I felt an overwhelming sense of loss and started to cry. I knew I had lost my baby,” she said.

Doctors confirmed she had miscarried and found the amniotic sac still inside, which she eventually passed, she said.

The factor that changed with this pregnancy, as opposed to her previous three, was where she lived. Although doctors can’t confirm her miscarriage was the result of tainted water, you cannot convince Lauren otherwise.

“I’m only 30, I’ve had normal healthy pregnancies, and four beautiful, healthy children. Now, all of a sudden, I can’t carry a baby?” she said.

Lauren is not the only one worried that the city’s poisoned water has caused more damage than lead poisoning and Legionnaire’s Disease that led to the deaths of at least 12 in the low-income, largely Blackcity struggling with the effects of the water crisis for three years.

Researchers studying the water crisis recently found a high number of fetal deaths and fewer pregnancies in Flint since April 2014, which is when the city switched its water supply to use water from the polluted Flint River without adding anti-corrosives to treat it.

Comparing health records with 15 other Michigan cities, David Slusky from the University of Kansas and Daniel Grossman from West Virginia University found that fetal death rates jumped by 58 percent and fertility rates dropped by 12 percent in Flint, according to the Detroit Free Press. Their working paper is yet to be peer reviewed.

Nakiya Wakes, 42, one of the women portrayed in a movie about Flint that debuted last month, has faced two miscarriages, including one last month, and is convinced they were caused by her exposure to the lead in the water.

A mother of two, she moved to Flint in June 2014, and was pregnant with twins a year later. Five months into it, she lost one; and in her second trimester, she lost the other, she told Rewire.

“I lost twins again last month,” she said. The first on October 4, and the second on October 27. “It’s devastating. I really believe it’s the water.”

Dr. Mona Hanna-Attisha, the pediatrician who blew the whistle on high lead levels in children, has looked into the possibility of miscarriages being caused by the tainted water, according to the Free Press. State officials deny this is happening, but residents pointed out that the same people also denied the existence of the water crisis until it was made public.

The city has since switched back to Detroit’s safer water supply. Many Flint residents remain skeptical amid news reports claiming that pipes are being changed and lead levels are returning to normal.

Lauren told Rewire she has zero faith in city and state officials. Wakes echoed her, saying that public trust has been shattered. Both continue to use bottled water even after their pipes have been changed.

A single unemployed mother, Lauren said she constantly worries about the health of her 11-month-old child. Brielle likes to play in water, so even though Lauren is vigilant, she worries that she may ingest some water during bath time or suck on a wet washcloth. She uses bottled water but doesn’t trust it either. “It makes me feel really frustrated,” she said.

Lauren’s tests showed high lead levels when she was pregnant but she can’t bring herself to test Brielle, although her pediatrician has recommended it, because she fears her baby might record high levels too.

“I know it sounds irresponsible but I don’t know what I’d do. It would be devastating for me,” she said.

Lead is a potent neurotoxin with no known safe blood-lead concentration, and children are particularly susceptible, according to the World Health Organization. It can affect children’s brain development, IQ, attention span, and can result in anti-social behavior, anemia, hypertension, renal problems, and toxicity to the reproductive organs. Lead in a pregnant person’s blood can affect embryo development.

“There is not enough being said about it,” Wakes said. “I’m worried whether my 18-year-old daughter will be able to have children.”

That water is life is not a cliché in Flint. The water crisis is a reproductive health crisis that many fear is taking a deeper human toll.

“There have been far too many miscarriages to count,” local activist Melissa Mays told Rewire. “It’s sad because we have no idea what the heavy metals, carcinogenic byproducts, bacteria, and whatever else we have been, and are still being, exposed to has done to our bodies. Will our sons have low sperm counts? How many young girls will not be able to become mothers because their eggs are poisoned? We just don’t know, and the State of Michigan just wants to sweep it all under the rug like it’s all in the past.”

“I’m never going to trust Flint water again. The damage is already done,” Wakes said. “A lot of people are still upset. A lot of people have lost their trust. It’s ridiculous what they have done to us. I want people to be aware that we are still struggling and that reports of all the pipes being replaced and the water being safe are not true.”

Police: Bodies are those of 3 rappers missing nearly 2 weeks