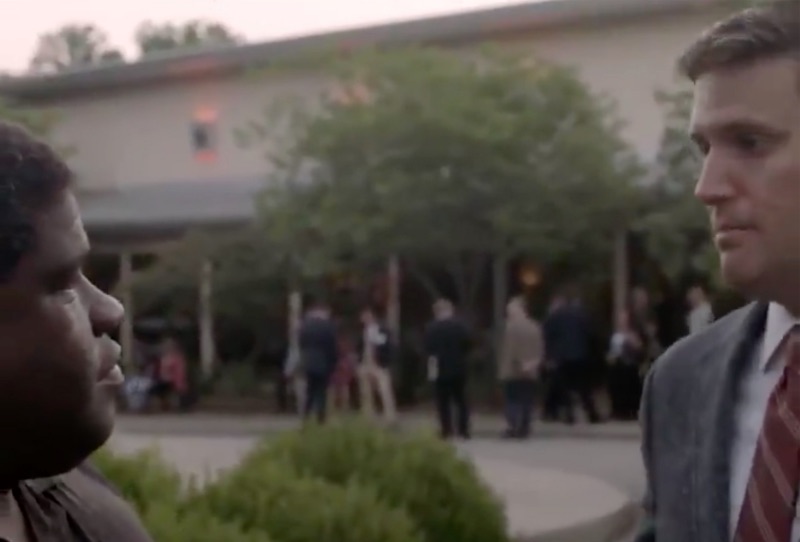 This summer, the British writer traveled from Maine to Mississippi for The Guardian  in an effort to understand why why American voters had gone from choosing Barack Obama as their first black president to electing the likes of Donald Trump.

During his investigation Younge crossed paths with Richard Spencer, the alt-right leader most famously known for organizing the tiki torch rallies at the University of Virginia in Charlottesville.

“When I encountered Spencer at Montgomery Bell park, he emerged carrying a glass of what smelled like bourbon and an entourage of adoring bigots soon surrounded me in the car park,” Younge wrote. “More odious troll than eloquent polemicist, he claimed, among other things, that Africans had benefited from white supremacy and that, despite having been banned from 26 European countries, Europe would always be more his home than mine.”

The video clip of what happened when these two men finally spoke is deeply satisfying on so many levels. It also illustrates that Spencer isn’t as brilliant as he believes being part of the white race makes him.

Check it out for yourself below.