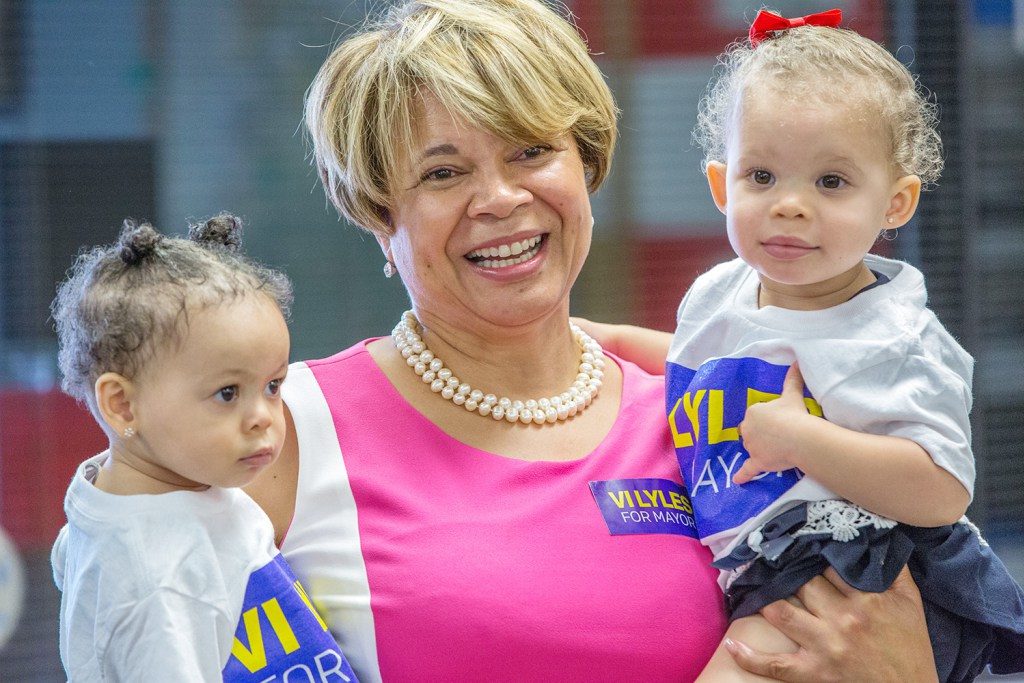 July 11 - Vi Lyles holds her two grandchildren before declaring her intent to run in this years election for mayor of Charlotte at the Mecklenburg County Board of Elections.
Share
Facebook Twitter LinkedIn Pinterest Email

“Vi’s been around for many years,” Smith said. “She knows how the city works.”

The defeated Republican went on to say that he believes Lyles will do a “good job” as Charlotte’s mayor.

Lyles did not mention Smith by name but said her election proves that so-called dark money from unidentified sources, can not influence the vote in Charlotte.

“There is no place for negativity in the city or in the Mayor’s office.”

She said her election closes the door on the recent past in Charlotte, an apparent reference to House Bill Two and the economic turmoil that followed, and the riots that followed the Keith Scott shooting.

Asked later to explain, she said, “I meant that those things…its time to push those behind. Lets put the negative stuff behind and let’s go forward.”

Lyles is the product of segregated schools of the south.  She said her father never finished high school and so it meant a lot to her and her family to become the Mayor-Elect.

She is expected to hold a news conference Wednesday morning at 9:00 am to outline her plans when she takes office.