Meghan McCain and Donna Brazile spar on The View 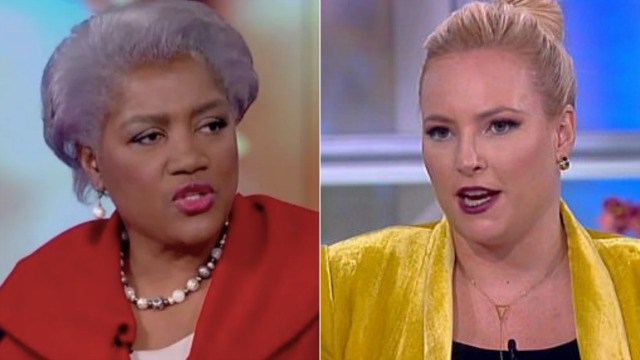 Tuesday, Donna Brazile appeared on ABC’s The View and was poised to address controversy head on.

During a brief but spirited interrogation by View cohost Meghan McCain – daughter of Republican Senator John McCain – the former DNC interim chair claims she asked about the origins of the now infamous ‘dirty dossier’ just days before the 2016 election but was informed she ‘did not need to know’ about it.

“I asked one question on November 4th and I was told that I did not need to know. And so no, I did not know,” Brazile said. “Because I did not control my money.”

She also laments in her new book about an agreement the Clinton camp executed with the DNC to seize effective control over its staff and operations.

Check out what else she had to say during the candid interview below.

Tenoch Huerta Speaks on His Missing Bulge in ‘Wakanda Forever’ Final Cut: ‘I’m Not Going to Lie to People’