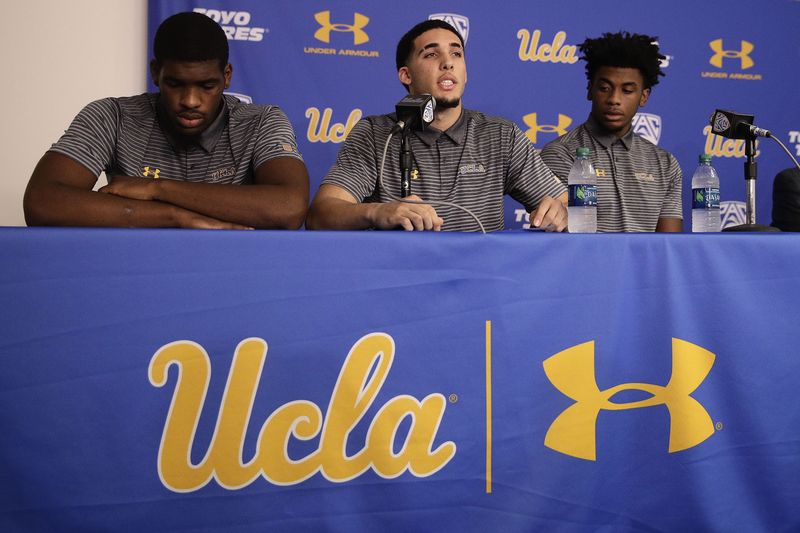 After getting caught up in a legal situation in China, UCLA decided to indefinitely suspend the three players LiAngelo Ball, Cody Riley and Jalen Hall.

During an exhibition tour in Shanghai the three players were caught shoplifting from three stores and were later arrested by Chinese officials which later caused an international incident.

They could’ve possibly faced serious time in prison over there, but apparently President Trump intervened and helped them get out of the situation.

Ball, Riley, and Hall were all placed on house arrest in their hotel until they were given permission to leave the country.

UCLA basketball players swarmed by reporters as they return to Los Angeles after spending a week under house arrest in China amid shoplifting allegations. https://t.co/RXAscxPWnP pic.twitter.com/OyQRGiYaJm

“These men are going to have to prove, through their words and actions, that this isn’t who they are, and that they will not let their identity be defined by this incident,” UCLA coach Steve Alford said.

While the three players will not be able to participate in any team activities right now, UCLA is not closing the door on the possibility of them playing again.

The school still has get their legal situation out and are apparently still figuring out what the University’s punishment should be.