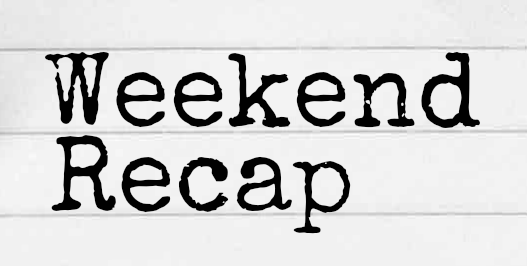 As the city of New Orleans celebrates its 300th year, the French-Founded city now has a new reason to celebrate. As of Saturday, November 18th, 2017, LaToya Cantrell is the first female mayor-elect in the city’s history. According to Reuters, LaToya defeated her opponent, Desiree Charbonnet, a former judge to replace the current mayor Mitch Landrieu. LaToya Cantrell, according to the report, was pivotal during grassroots relief efforts after Hurricane Katrina. She assumes the post of Mayor of New Orleans, LA in May 2018.

On September 20, 2017, Hurricane Maria made landfall in Puerto Rico killing several, injuring several more and caused major infrastructural damage with which Puerto Rico is still struggling. Almost two months after landfall, the Island Territory still struggles from what Mashable describes as “the longest blackout in United States history”. After two months, on November 19th, protesters marched in Washington DC from the Capitol Building to Lincoln Memorial. This march was attended by several celebrities, notably Lin-Manuel Miranda, who has spoken out in the past in regards to the ongoing relief efforts on the Island. The “Unity March for Puerto Rico” was a show of solidarity for all affected by the disaster as well as a request for debt forgiveness and increase in federal funding for rebuilding Puerto Rico.

According to CNN, on Sunday, November 19, 2017, Rogelio Martinez, a U.S. Border Patrol Agent was shot & killed in while on duty in Texas near the US-Mexico Border while in response to unknown activity in the Big Bend Sector. Another agent, while on duty with Rogelio Martinez was injured. The report further states that Rogelio had been a border patrol agent since 2013. The matter is now being investigated by the FBI. While details regarding this incident are currently unknown, the President’s response to the matter can be seen below:

Ledisi pays tribute to New Orleans with ‘All Saints Christmas’

New Orleans Mayor LaToya Cantrell Being Investigated For Wasting Taxpayer Dollars, Police Officer Spends Hours Inside Her City-Owned Apartment While On The Clock