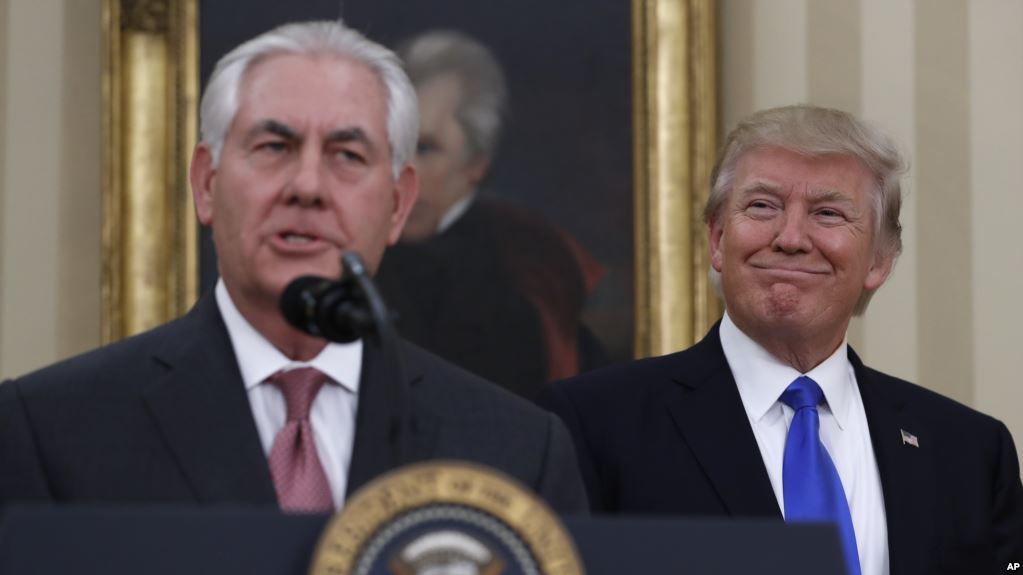 The Secretary of State may be on his way out. Various sources report that President Trump allegedly plans to replace Rex Tillerson. According to the Associated Press, CIA Director Mike Pompeo may be in line for the position. These reports also indicate that Senator Tom Cotton of Arkansas could fill the CIA’s top position if this were to happen. Senior Officials familiar with the matter spoke to Reuters under the condition of anonymity stating that the Secretary’s relationship “…has been strained by the top U.S. diplomat’s softer line on North Korea and other differences…”.

“There are no personnel announcements at this time. Secretary Tillerson continues to lead the State Department, and the entire Cabinet is focused on completing this incredibly successful first year of President Trump’s administration.”

The State Department’s spokesperson has also refuted the claims of the removal of the Secretary adding that Rex Tillerson “enjoys this job”.

However, this is not the first time that Tillerson finds himself in the crosshairs of the President. Earlier this year, he allegedly called the President a “moron”, which he did not deny according to NPR News. He also allegedly stated that “I’m not going to deal with petty stuff like that” during a State Department statement on the matter at the time. At the time, he had also allegedly considered resigning from his post according to reports, but firmly denied the allegations in the same statement.

Medals, mementos from Colin Powell estate go up for auction