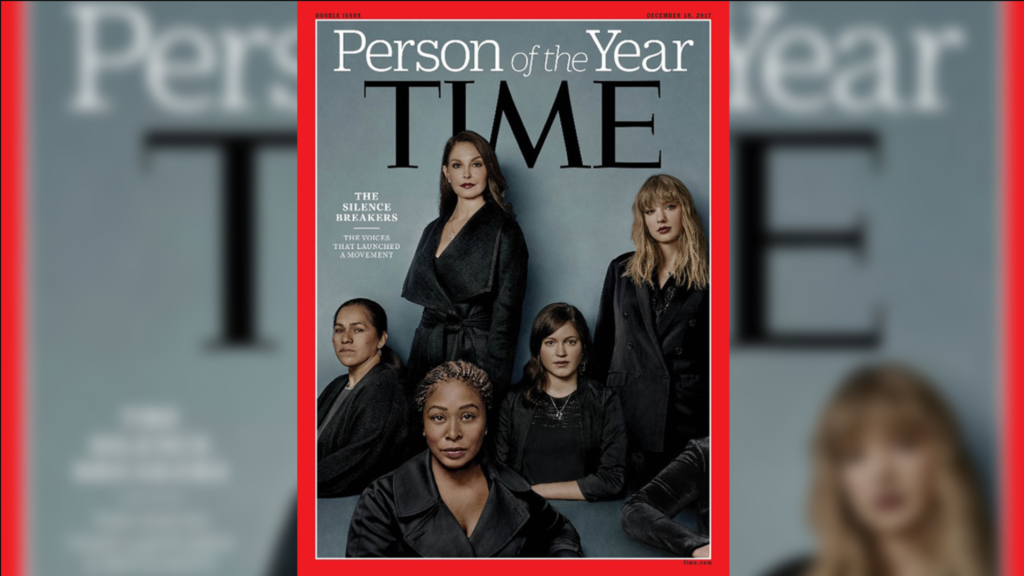 TIME named the Silence Breakers, the people who have been exposing sexual predators, as the 2017 Person of the Year.

On the magazine cover, Taylor Swift, actress Ashley Judd, former Uber engineer Susan Fowler, and other people who have suffered abuse and/or harassment

TIME’s editor-in-chief Edward Felsenthal decided to name the Silence Breakers 2017’s Person of the Year for changing the world’s perception of people in power and bringing awareness to sexual predators.

“The idea that influential, inspirational individuals shape the world could not be more apt this year,” Felsenthal said. “For giving voice to open secrets, for moving whisper networks onto social networks, for pushing us all to stop accepting the unacceptable, The Silence Breakers are the 2017 Person of the Year.”

After Hollywood producer Harvey Weinstein was accused for his predatory actions by multiple women, he got fired from his position. After Weinstein people like Kevin Spacey, Charlie Rose, and Matt Lauer also got hit with allegations that cost them careers.

The #MeToo movement resulted in midst of all these allegations. Actor Alyssa Milano told her followers if they have experienced sexual harassment and/or assault to tweet out #MeToo, which resulted in over 30,000 responses.

#MeToo did not originate from Milano, but from social activist Tarana Burke a decade ago who is fighting for the same cause

Judd describes her incident with Weinstein in 1997, when he forced himself on her and she immediately escaped his clutches. She has trying warn against Weinstein for year after that incident. Judd is the first woman to go on record for the New York Times against Weinstein, causing a chain of events to happen afterwards.

Actor Terry Crews also was featured in the article, another victim of sexual harassment.

“Why are you questioning the victim here,” said Crews. “Let’s flip it. Let’s talk about what the predator is doing,”

Donald Trump was named the runner up for changing the presidency forever. Colin Kaepernick, Wonder Woman director Patty Jenkins, and other notable people were in the running for this title.