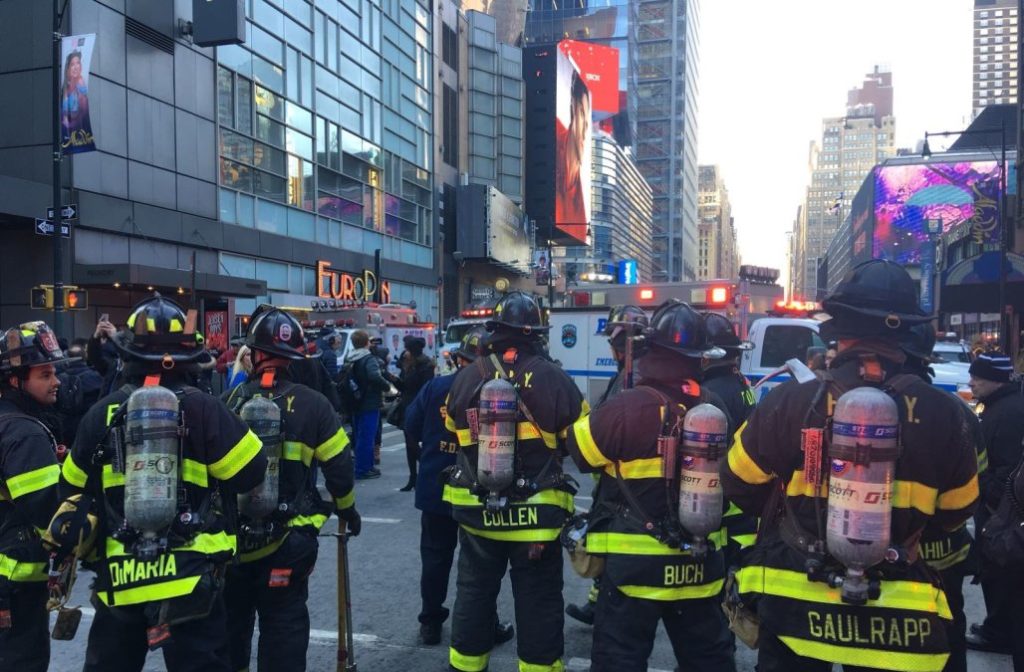 An explosion happened Monday morning at New York City Port Authority Bus Terminal that has left one injured, with one suspect in custody.

The suspect had a “possible second device”, and was described to have wires coming out of him.

The New York City Police Department are currently investigating the situation. The A, C, E subway lines have been evacuated for safety. The explosion reportedly took place on 42nd Street and 8th Ave near Times Square.

The NYPD is responding to reports of an explosion of unknown origin at 42nd Street and 8th Ave, #Manhattan. The A, C and E line are being evacuated at this time. Info is preliminary, more when available. pic.twitter.com/7vpNT97iLC

Subway service and travel through the Times Sq subway station is restricted as we investigate an incident, please avoid the area pic.twitter.com/R8L3HOnqhh

All subway lines passing through Times Squares and Port Authority will currently bypass those two locations. Officials said a “possible pipe bomb” detonated below Port Authority that resulted in the injury.

The situation is still currently being investigated.