A letter to Black Alabama voters 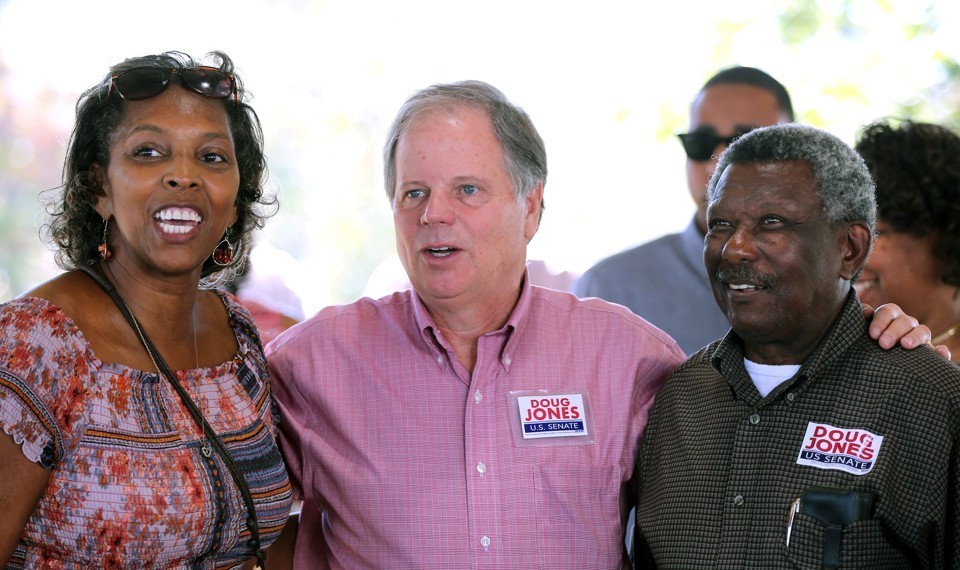 Thank you, as usual.

Despite all the terrible legislation that was specifically created to prevent you from voting, you still went out to vote AND you voted like you should in the Alabama election for the vacant U.S. Senate seat. As any intelligent, rational adult would do, you resoundingly voted for the person who was not the gun-toting guy with an affinity for under aged teenage girls and who would like to get rid of Constitutional amendments after 10 (effectively undoing abolition of slavery, the woman’s right to vote and black folks’ right to vote among other important milestones).

Overall, Democrat Doug Jones snagged 96 percent of Black votes in this week’s contentious U.S. Senate race. A not so shocking (now) 63 percent of white women voted for Republican Roy Moore despite his numerous sexual assault allegations involving white teenage girls when he was a grown district attorney. In the 2016 presidential election that pitted admitted p*ssy grabber Donald Trump against Hilary Clinton, 53 percent of white women who voted went with Trump. There is a clear disconnect with that demographic and logic/rationality.

Susan in accounting and Beth over in human resources definitely went with Moore even though they still smile in your face everyday and give you the appropriate expressions of concern when Black Lives Matter came up in conversation.

Despite your righteous efforts and yes this does add a critical vote in Congress, this Democratic “win” is not a time of celebration. It is 2017 and a man who wants to undo the abolition of slavery BARELY lost a seat in the U.S. Senate. Not to mention, there will likely be a recount that may or may not come back in the favor of Jones.
in the more detailed breakdown of exit polls, 98 percent of Black women voted for Jones and 93 percent of Black men voted for Jones. Good on ya.

However, can we talk about this 2 percent and 7 percent? You must go pull the coat tails of your cousins, uncles, aunts, and parents. Literally no Black person should be voting for a man who would like to repeal abolition and anybody utilizing write-ins with such a tight election is just ridiculous.   It should also be noted that even though Doug Jones has a great background that includes successfully (decades later) prosecuting the masterminds behind the 1963 church bombing of four little black girls, Jones has zero elected office experience. This really was not a good selection of options for you there in Alabama.

For the future (and that means starting right now), let’s look to getting competent, experienced, Black candidates in office who can have a real impact in their elected positions. You have resoundingly flexed your voting muscle. Let’s put it to good use.

Here’s Why Beyoncé Should BOYCOTT the Damn Grammys