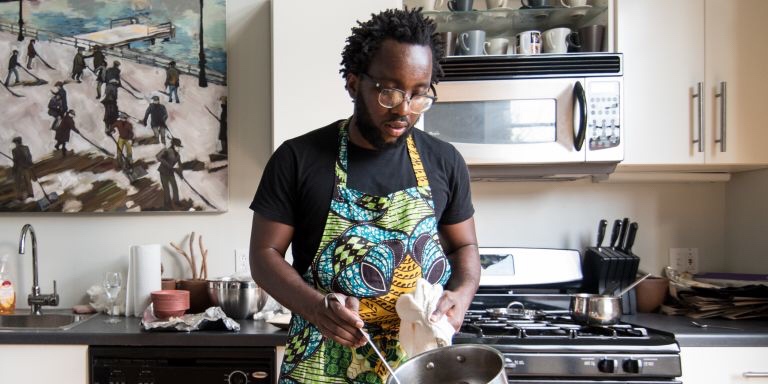 One New Orleans-based chef is using his talent of cooking to spark a serious conversation about how the median income among African-American households is $25,806 in New Orleans, which is far less compared to $64,377 for white households.

According to his website, each day, he offers a single lunch plate at his pop-up restaurant with two pricing options; $12 for Black people and a suggested price of $30 for white people.

In brief, Chef Tunde Wey decided to open “Saartj,” a pop-up restaurant located at the Roux Carre market in New Orleans, as a social experiment to bring awareness to racial wealth disparity and the different pricing “represents the wage disparity between Black and white households in New Orleans.”

While some white patrons decided to cancel their order, there were people that were actually willing to pay the extra fee after hearing the reasoning behind the 2.5x pricing difference. Even some Black people wanted to pay more (which Wey did not accept).

The pop-up restaurant that specializes in Nigerian food took the net profit collected from sales made by white people (the $18 difference) and then “redistributed to customers of color,” which totaled out to $75 per person who opted to take the money.