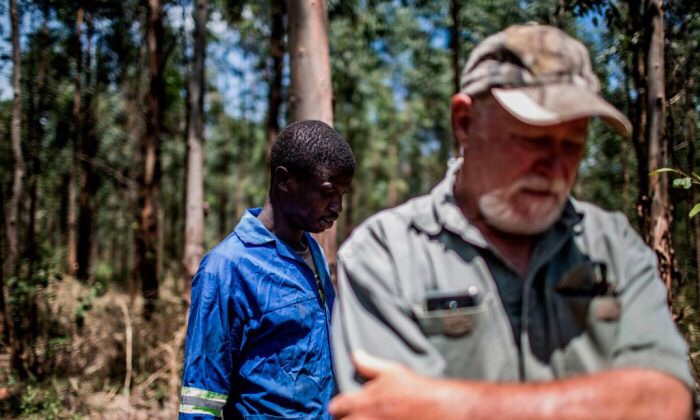 The national spokesman of a key South African opposition party has said redistributing land from white farmers without compensation is justified because “it is not really their land.”

Mbuyiseni Ndlozi told The Independent white farmers descended from Dutch and English colonial invaders had “have taken it [the land] through a violent crime against humanity.”

Mr Ndlozi is one of the most senior officials in the Economic Freedom Fighters (EFF) party, which put forward a successful motion last month calling on the government to consider amending South Africa’s constitution, to make clear that it is within the authorities’ power to redistribute property on racial grounds.

There have been concerns among South Africa’s white minority that the motion will encourage attacks on farmers, and the EFF’s leader Julius Malema has previously been convicted of hate speech for singing anti-white songs like “Shoot the Boer [Farmer]”.

Many South Africans nonetheless agree that some land distribution is needed as the country continues to recover from the horrors of apartheid and colonial rule. White people officially occupy 23.6 per cent of farmland in the country – a figure which rises to 73 per cent when land owned through private enterprises is taken into account – compared to 1.2 per cent owned by black South Africans.

“In this process, white people ought to accept the crime of apartheid and colonisation and how these crimes impacted on black people,” Mr Ndlozi said. Whites could “show remorse by ceding land they inherited through anti-black racist dispossession”, he suggested, adding: “Justice leads to reconciliation.”

Mr Ndlozi is a rising but divisive figure in South African politics, who at just 32 has garnered a strong following on social media.