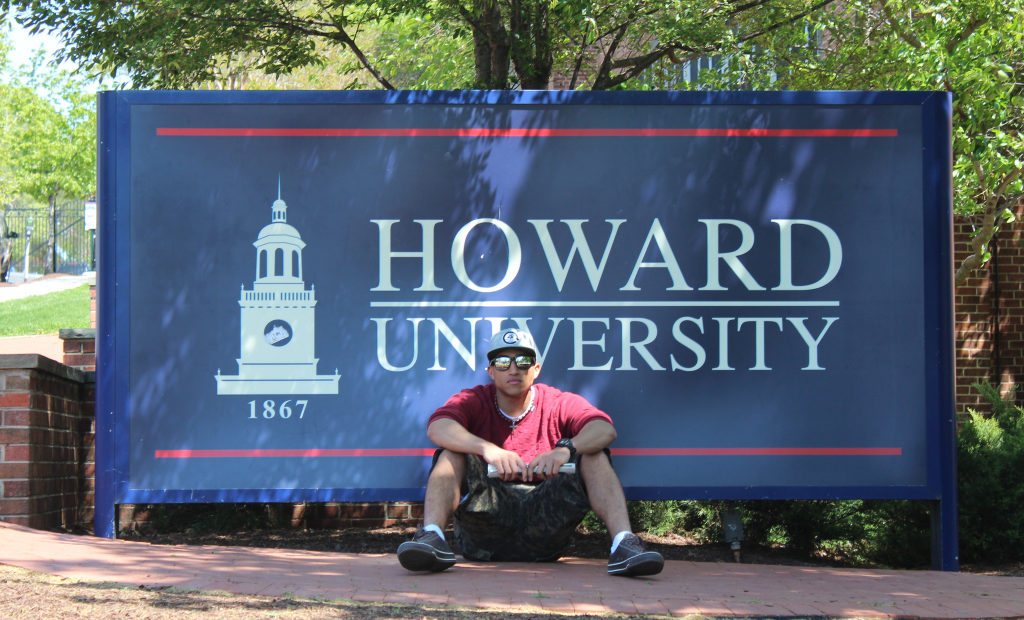 Note: For the safety of student whistleblower, he will be referred to as “Chase” throughout this article. Administrators who provided information in the spirit of transparency while risking their jobs will also be unnamed.

*See Editorial Note at the end of this article.

Accounts given by current and former employees and students familiar with the embezzlement scandal suggest that Howard University President Wayne Fredrick and his administration have been aware of this fraud since at least May 2017, despite making no public comments on the matter. Since that time, at least seven senior-level financial aid officials have either resigned or been quietly removed by the University. It is unclear whether the University has reported the theft to federal authorities or worked to recover any of the stolen money.

During briefings and public statements on the University’s fiscal health, Dr. Frederick has repeatedly said that the Office of Financial Aid is in about $9 million of debt, which he attributes to students’ failure to pay their tuition. At no point did the President in any public forum admit that the debt was in part due to his own staff’s theft and misallocation of funds.

The embezzlement was allegedly first discovered by a student employee, Chase*, who noticed that the office was dispersing refund checks nearing $100,000 in a single aid year. Federal law and financial aid policies limit the amount students can receive to the cost of attendance budget. In 2017–2018, this amount was just $43,501 according to Howard University’s website.

Phony grants were allegedly created and awarded to financial aid employees who were also registered for University courses. In some cases, these employees qualified for tuition remission and therefore weren’t charged tuition for their classes. Despite this, they still received large grants and scholarships that exceeded amounts generally awarded to normal students. These grants almost always exceeded legally allowed amounts.

In 2013, for example, the Associate Director of Financial Aid, Brian Johnson, received tuition remission, and despite this, also received “University Need Based Grants” totaling $35,400 one year and more than $68,000 the following year. These grants are intended for low-income students who are in desperate need of assistance and in danger of having their education disrupted by their inability to pay. The grant amounts usually range between $2,000 to $5,500 a semester. A current financial aid employee described the amount awarded to the former Associate Director as “unprecedented” and “illegal.” Total aid received by the Associate Director neared $200,000.

He routinely received financial aid awards that doubled and even tripled the maximum allowed budget. In addition to money received via financial aid, many familiar with the situation claim that Hankerson also received stipends for unspecified amounts from the Office of Student Life & Activities and the Student Employment program.

While the records obtained show just 12 cases of embezzlement or financial aid fraud between the two officials, the whistleblower and other University officials say this is just the tip of the iceberg. A senior level University official who confirmed the embezzlement suggested that the problem was so widespread, it went far beyond the Office of Financial Aid and involved many more employees and University offices. The President’s Office had no comment on this story.

Editorial Note: Urban Newsroom Editors attempted to reach the Howard University Office of Financial Aid and President’s Office for comment, to no avail.  This story was initially published by a whistleblower on the website Medium and forwarded to the UNR News Team on March 28, 2018.  Sources confirm the validity of the points presented, Howard University remains unavailable for comment.

According to a statement from Wayne Frederick, Howard University president, an outside auditor found that several university employees received grants in addition to discounts on tuition that exceeded the total cost of tuition and kept the difference.

Frederick said he was told in December 2016 that there may have been “some misappropriation of university-provided financial aid funds,” and launched an internal investigation.

The auditor found that between 2007 and 2016, university grants were awarded to some university employees who were also receiving tuition remission. The grants and tuition remission equaled more than the total cost of attendance, which allowed the employees to receive “inappropriate refunds.”

Frederick’s statement comes after an anonymous post on Medium.com claimed financial aid employees at the university stole nearly $1 million in funds.  Urban Newsroom reached out to Howard for a statement and did not receive a response.

Frederick did not comment on how much had been received by those individuals.

Frederick said the issue was reported to the Department of Education in July 2017, and six employees were fired two months later for “gross misconduct and neglect of duties.”

The revelations follow a string of problems at the university. In March, Frederick drew criticism for his response to a student who begged him for help securing housing. He told her the “tone and tenor” of her email were inappropriate. In January, spring semester classes were delayed by more than a week because of campus-wide problems with the heating system. And last May, students filed a lawsuit saying the university failed to help students who were raped by fellow students and employees.

See the statement from Howard University President Wayne Frederick below:

Statement from Wayne A. I. Frederick, President of Howard University

In accordance with my commitment to continuous progress, in February 2015, I initiated a proactive review of the Howard University Office of Financial Aid to ensure the office was providing the best support to our campus community.

In July 2017, I self-reported this issue to the Department of Education and assured them we would provide regular updates on the investigation.

An investigation of individual employee actions was completed in September 2017 and as a result, six employees have been fired for gross misconduct and neglect of duties. We will refer this matter for criminal prosecution, as appropriate.

The financial integrity of Howard University’s operations is paramount and strong measures have been taken following the RSM investigation to ensure this never happens again. As part of these reform efforts, significant new policies and procedures have been implemented to strengthen Howard’s internal controls with respect to the awarding of financial aid, including:

• Approval for all donor-designated scholarship awards are now reviewed and approved by the Controller’s Office prior to being awarded by the Financial Aid Office.

• Approval for all grant-funded financial aid are now reviewed and approved by the University’s Grant Accounting Unit prior to being awarded by the Financial Aid Office.

• Access to the Banner financial aid module has now been limited to a small number of appropriate senior University individuals, with adequate third-party review and appropriate segregation of duties.

• Management has established proper reporting relationships and segregation of duties within the Financial Aid Office.

• Management is in the process of hiring for all remaining open positions in the Financial Aid Office and enhanced training on policies and procedures will be provided both to new hires and continuing employees.

• A new Associate Provost for Enrollment Management and a new Chief Compliance Officer have been hired by the University.

While this has been a very difficult and disappointing situation, I know our campus community deserves better and I am committed to ensuring that each of our campus offices operate with integrity and are the best that higher education has to offer.

This is a developing story that will be updated.

Fest-goers Disappointed as Organizers Announce END of Afrochella in Ghana