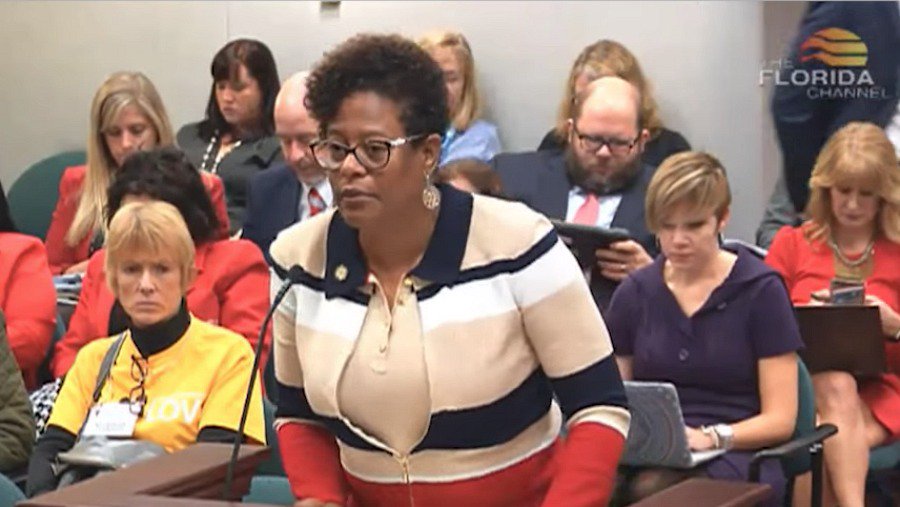 A Florida State Rep. is thanking God for slavery and her statement is taking people by surprise.

State Rep. Kimberly Daniels said publicly that, “if it wasn’t for slavery, I might be somewhere in Africa worshipping a tree.”

Kimberly Daniels, who is the sponsor of a bill that was recently passed by the Florida House that will force all public schools to display “In God We Trust” signs, is what many would call a religious extremist.

While giving her speech on the “In God We Trust” bill, Daniels brought up the recent shooting at Stoneman Douglas high school in Florida. She said that God is the “light” adding, “our schools need light in them like never before.”

Seventeen people, most of them children, were killed in that shooting and while religious people have been offering thoughts and prayers for years, nothing seems to be changing. It doesn’t appear as though God is the one who is going to finally change things for the better.

While Kimberly Daniels speaks of issues of the heart she also happens to be somewhat anti-Semitic.  She promotes anti-Semitic slurs and even minimizes the Holocaust. In one video she is heard saying, “You can talk about the Holocaust, but the Jews own everything!”

In Case You Missed It: The Grio

The Pulse of Entertainment: Doug Williams’ ‘An Unusual Child’