Two Black Men, Waiting for a Meeting to Start, Arrested in Philly Starbucks 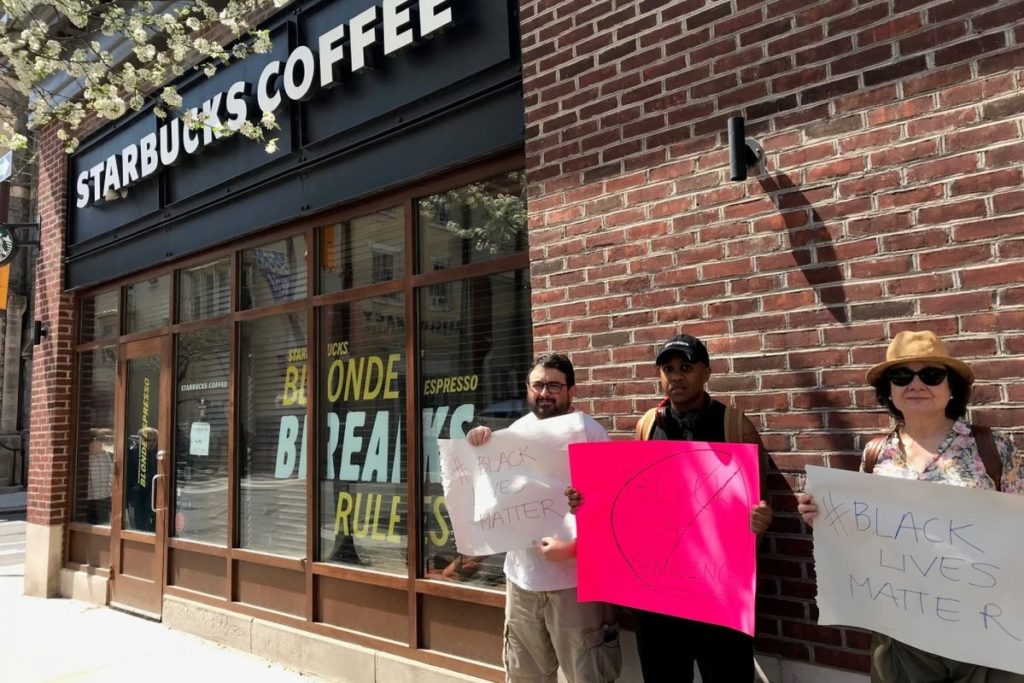 Here is what we know:

1. The two men were at Starbucks waiting for a friend to arrive for a meeting.

The men had not ordered anything because they were waiting for their friend to arrive at the Philly Starbucks. It is unclear who called the police.

2. Six Officers Responded to the incident, moving tables to take the men into custody for loitering.

Other patrons questioned the reason the men were being arrested. A white male, who was identified as their friend , Alan Yaffe, arrived and asked the officer “What did they get called for, because they are two black guys sitting here meeting me?” Another lady can be heard saying, “they didn’t do anything, I saw the entire thing”

@Starbucks The police were called because these men hadn’t ordered anything. They were waiting for a friend to show up, who did as they were taken out in handcuffs for doing nothing. All the other white ppl are wondering why it’s never happened to us when we do the same thing. pic.twitter.com/0U4Pzs55Ci

Here is another view

3. Starbucks has responded to the incident.

Starbucks took to twitter to apologize to the two young men and assure the public they are looking into the incident.

We apologize to the two individuals and our customers for what took place at our Philadelphia store on Thursday. pic.twitter.com/suUsytXHks

4. No charges were filed

The District Attorney’s office said it declined charges because there was no evidence that a crime had been committed, ABC News 11 Raleigh-Durham reported.

Stan Rucker is a Managing Editor at Urban Newsroom, Chief Operations Officer at unmutedco. He's passionate about the growth and development of the black community, black men and black people.