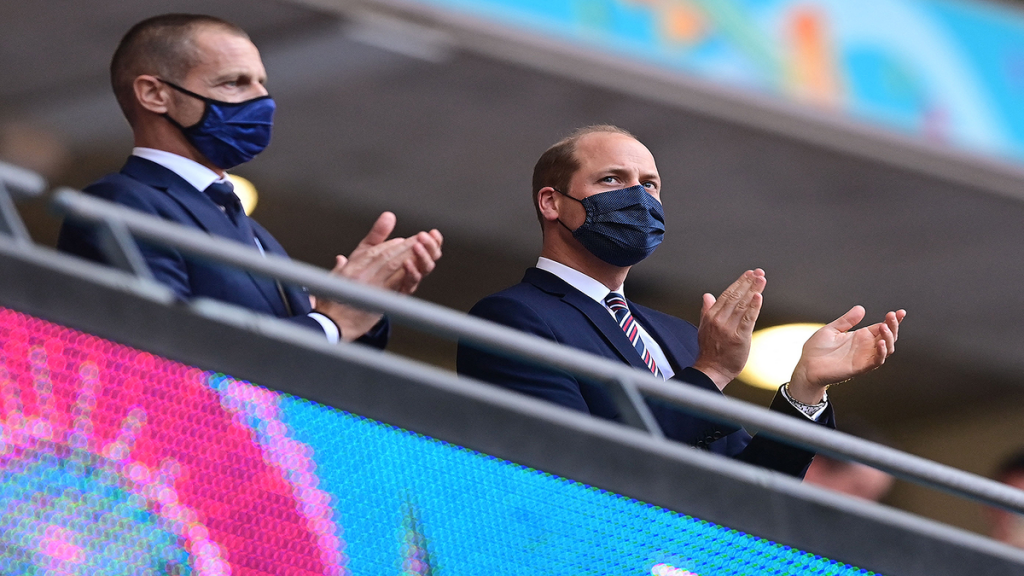 I am sickened by the racist abuse aimed at England players after last night’s match.

It is totally unacceptable that players have to endure this abhorrent behaviour.

It must stop now and all those involved should be held accountable. W

Prince William wasn’t “Sickened” by the racist abuse his sister in law suffered, in fact he supported the family’s non response to defend her, specially after the “Meghan made Kate cry”Meghan was generous in saying “Kate was sweet” when she clarified that RF refused to defend her

Despite rejecting Meghan’s experiences, Buckingham Palace revealed they would take initiatives to help the Windsors become more inclusive. This would involve them hiring more diverse employees, participating in workshops, and engage with more charities and organizations.