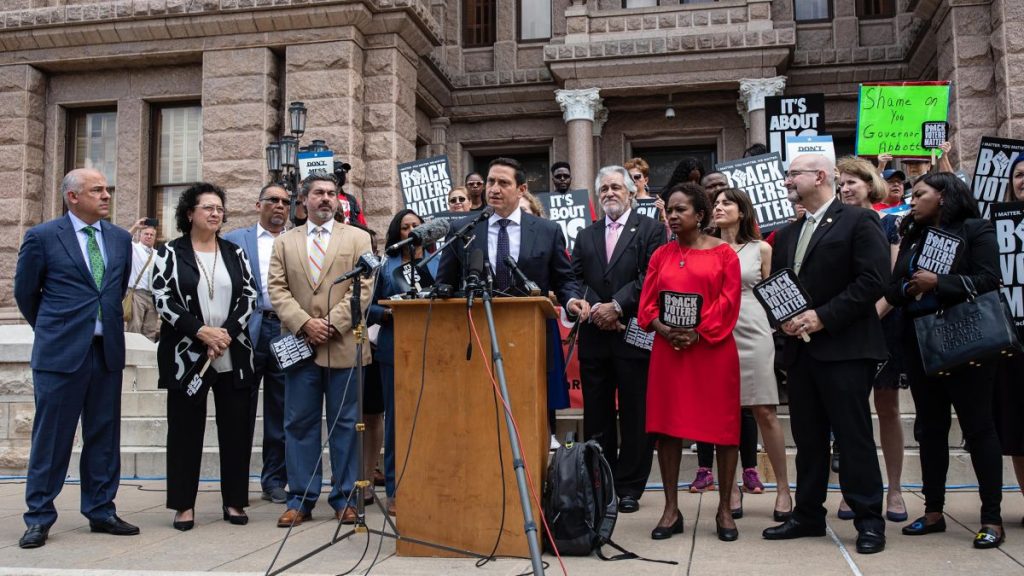 Texas Republicans have voted to send law enforcement to find and arrest Texas Democrats who left the state.  Chairman of the House Administration Committee, Rep. Will Metcalf, R-Conroe, moved to issue a “call of the House” in an attempt to regain quorum. The motion passed 76-4 and was followed by another motion requesting the “sergeant at arms, or officers appointed by him, send for all absentees … under warrant of arrest if necessary.” That motion also passed 76-4, the four representing the four Texas Democrats who were present, Reps. Ryan Guillen of Rio Grande City, Tracy King of Batesville, Eddie Morales Jr. of Eagle Pass, and John Turner of Dallas. This comes after Gov. Abbott threatened to do the same and also stated those who left should be removed from their committee leadership positions.  A motion was proposed to remove the missing representatives but did not get a passing vote and some representatives said they cannot be removed based on current chamber rules.

On Monday, Texas Democrats left the state to stop restrictive voting bills from being pushed out by state Republicans.

ON BOARD: Texas Democrats on their way to D.C., where they plan to stay for more than three weeks to deny the state House a quorum pic.twitter.com/hTE0mfxveZ

“Texas Democrats’ decision to break a quorum of the Texas Legislature and abandon the Texas State Capitol inflicts harm on the very Texans who elected them to serve! As they fly across the country on cushy private planes, they leave undone issues that can help their districts and our state,” said Abbott.

“Republicans are attacking our voting rights for one reason: they know their days in power are numbered, so they’re trying to cling to power the only way they can — by stopping us from voting. Texas Democrats have stood strong in the face of these attacks all year, and we will not let up. We will keep holding the line for our democracy and the voice of every single Texan,” said Gilberto Hinojosa.

Per Texas Constitution, since the legislature needs two-thirds of lawmakers present in chambers, those not in attendance can be arrested and forced back to the state. The House is scheduled to meet on Tuesday. The Department of Public Safety and state Republican leaders may be prompted to assist in the quick return of the Democratic lawmakers.

Article contributed to by Danita Gibbs and Tiffanie Lanelle