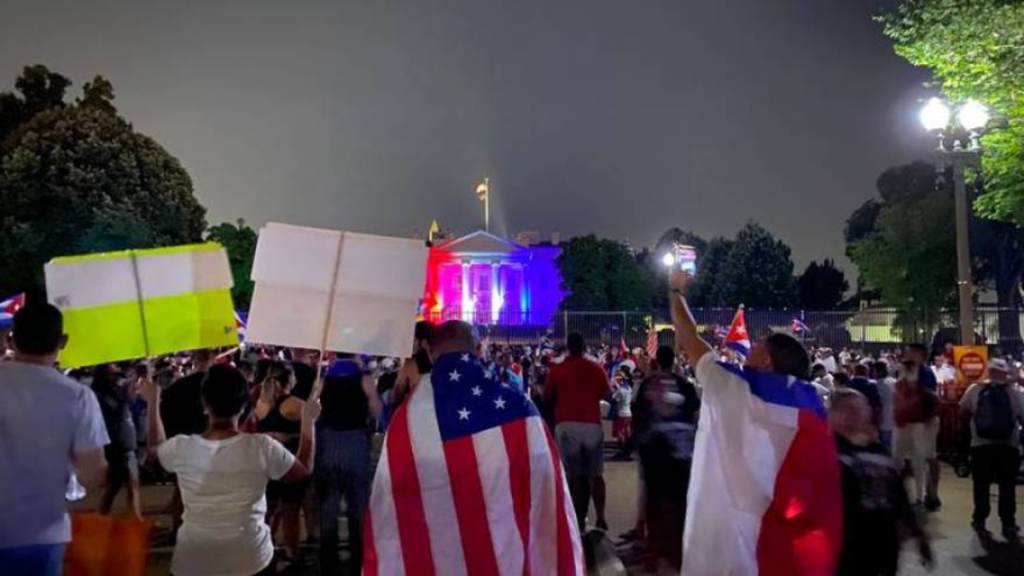 A caravan of Cubans from across the country left early Sunday morning to America’s capital; their goal was to gather outside the White House once more and stay overnight.

“The White House can do two things, rally the international community and turn on the Wi-Fi,” said Salazar.

The Cuban-Americans’ fight follows the islanders’ historic fight against the 62-year communist regime on July 11. Despite facing jail time or death, citizens throughout Cuba’s municipalities took to the streets to demand governmental change. Since then, many on the island have disappeared or been unjustly incarcerated, but continue to fight for their independence.