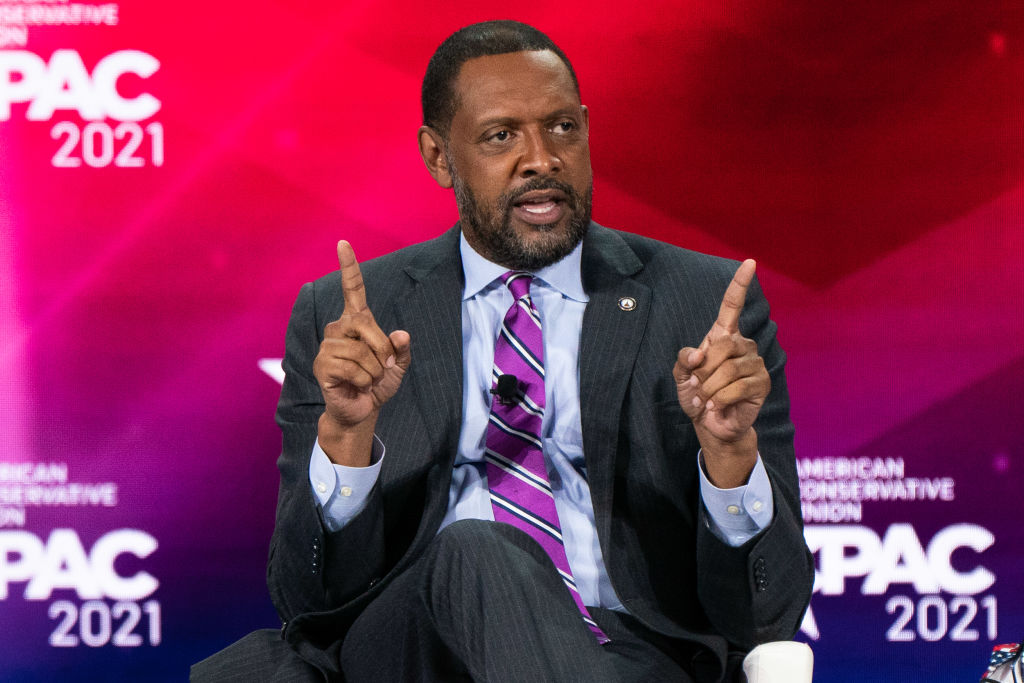 Vernon Jones, the former Democratic Georgia state Rep. and current MAGA-fied negro Trump stump, would be the perfect case study on Black conservatives who will never understand that their seat at the white nationalist table is largely dependant on them being a good little Toby and never ruffling the feathers of their conservative white overseers.

Jones should have understood the privileged, entitled and racist as hell nature of white conservatism back in 2010, when a jury of five white people and one Black person awarded more than $180,000 in damages to two white plaintiffs in a lawsuit accusing him and two other Dekalb County officials of reverse-racismÂ against white people.

Recently, Jones was grilled on the case by right-wing podcaster Stew Peters and things got so heated that Peters cut Jones’ mic, prompting Jones to walk off the set.

OMG! MAGA GA Gov candidate Vernon Jones loses his mind tonight, cuts his feed, and leaves the interview when confronted by a right wing talk show host about lawsuits against him for racial discrimination against white people. Must watch! pic.twitter.com/QvTCOjel9e

If you’re not familiar with the case, Jones, who was Dekalb County’s first Black CEO at the time, was accused of being part of a scheme to replace white managers in the county’s Parks and Recreation Department with Black managers. According to the New York Times, Jones “denied he had discriminated based on race and compared himself to President Obama. According to trial testimony, the county had 33 black and 61 white top managers when Mr. Jones took office and 60 blacks and 57 whites five years later.”

See, that should have been Jones’ first lesson on how whiteness works. As long as the Parks and Recreation managers were overwhelmingly white, everything was everything in the world of white people being in chargeâ€”never mind the fact that Dekalb county is more than 50 percent Black and less than 30 percent white. No one assumed discrimination played a role in that disparity because white people assume merit, not systemic racism, is why they dominate positions of power all over America.

But when the demographic shifts even the slightest bit in Black people’s favorâ€”well that’s just anti-white discrimination.

The white judge, U.S. District Court Judge Bill Duffey, who is now retired, even said that the case was so clear in his eyes that if the jury sided with the defendants, he would throw about the verdict. But nah, I’m sure he was impartial.

Anyway, since that case, Jones has fallen deeper and deeper into the sunken place, even going as far as to express support for former commander-in-would-be-thief Donald Trump and his “big lie” about the 2020 election being stolen from him. That, of course, won him an endorsement from his MAGA massa to run against Brian Kemp next year in the GOP primary for Georgia governor. A week later, Jones announced he was running, which was apparently what he was on Peters’ show to talk about.

But Peters wanted to talk about why Jones hates the white people he clearly loves so much.

So Peters brought up the case and what the judge said at the time, and Jones tried his damnedest to change the subject.

“No, no, no,” Peters said. “You’re not going to avoid the real questions here.”

“You’re accusing them of lying and me of being foolish,” he continued as Jones attempted to talk over him prompting Peters to cut his mic and Jones to walk away all upset that his MAGA friends keep turning on him when all he wants is for them to love their eager Blackie-lackey.

“That’s what bullies do. They gaslight, shout you down, lie incessantly, avoid the light of truth from being shined on their dark corruption,” Peters said after Jones left. “And he didn’t want me to get to the facts. He knew what was coming, so I had to mute him and he bailed.”

Oh, what to do about all this white-on-wannabe-white crime.