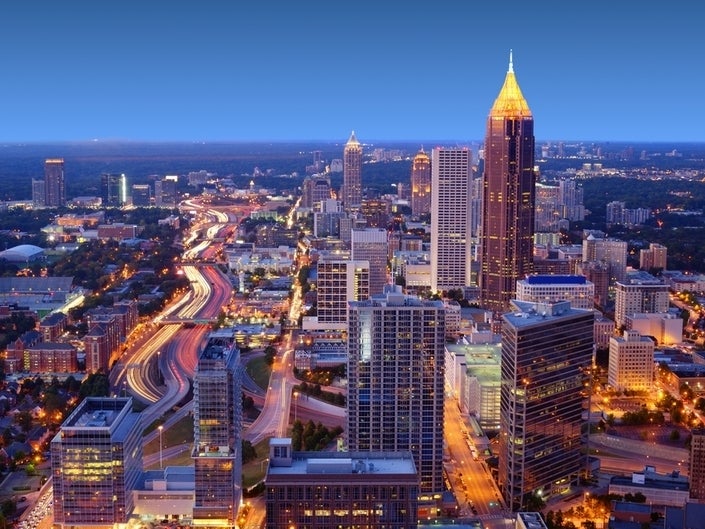 The president of the NAACP’s Atlanta chapter has formally apologized for denouncing a leading candidate in the city’s mayor race one day after the national group publicly admonished what it said amounted to an unsanctioned endorsement. Meanwhile, other prominent NAACP members affiliated with local chapters have publicly shared their grievances about the national organization offering what the Atlanta Journal-Constitution called a “rare repudiation” of a local chapter.

The unfortunate episode began to unfold last week when Atlanta NAACP President Richard Rose offered his unsolicited rebuke of Kasim Reed, the city’s embattled former mayor who is running for the same office. Rose laid out his problems with Reed, including referencing a federal corruption investigation that the candidate says doesn’t exist.

That led to NAACP President and CEO Derrick Johnson reprimanding Rose for overstepping his organizational boundaries as Atlanta chapter president. At the heart of the issue was Rose’s perceived endorsement of other candidates over Reed, who was at the center of a bribery and corruption scandal that engulfed his office as mayor in the not too distant past. 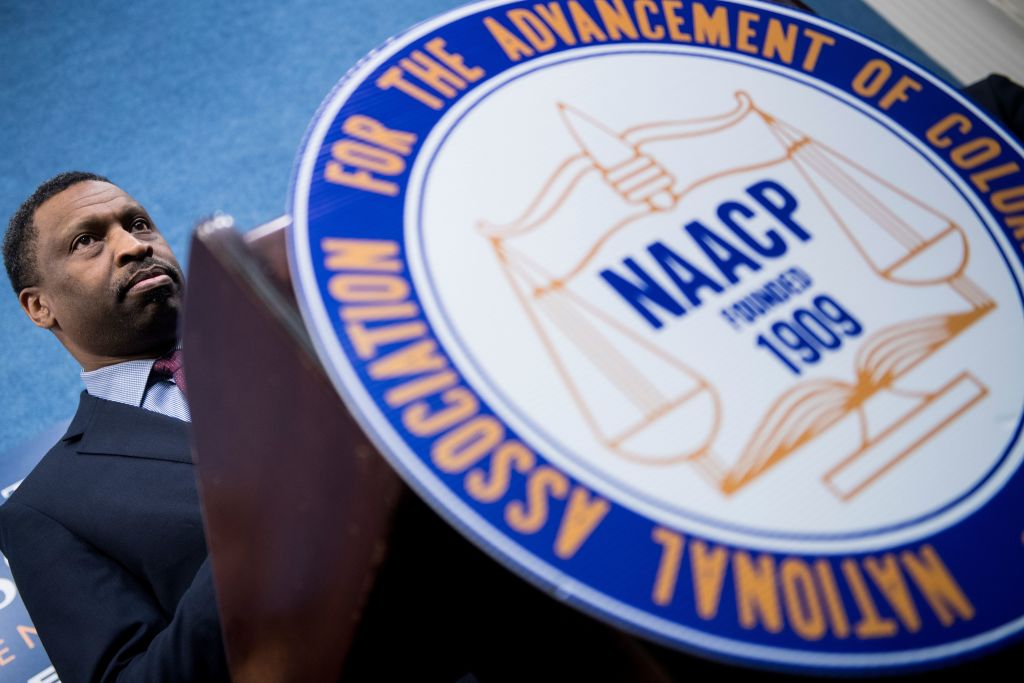 Derrick Johnson, President and CEO of the NAACP, pauses while speaking during a press conference announcing a lawsuit by the NAACP and Prince George’s County, Maryland against the US Census Bureau on March 28, 2018, in Washington, D.C. | Source: BRENDAN SMIALOWSKI / Getty

Then, on Monday, the national NAACP publicly called out Rose for his words against Reed, saying such statements are inconsistent with the organizations fundamental tenets.

â€œBy issuing a public partisan statement opposing Mr. Reedâ€™s candidacy and by essentially endorsing other candidates, you clearly violated Article II, Section 2 of the Bylaws for Units of the NAACP,” Janette McCarthy Wallace, the NAACPâ€™s general counsel, wrote in a letter made public on Monday. “You are engaging in conduct inimical to the best interest of the Association. Your conduct is not in accord with the NAACPâ€™s principles, aims and purposes.”

Wallace’s letter served as a cease and desist notice to Rose to keep him “from endorsing political candidate and/or political parties.” Wallace threatened Rose with “suspension, expulsion or other disciplinary action” if he failed to comply with the terms included in the letter.

By Tuesday morning, Rose was reportedly contrite in expressing his apology.

A journalist with local news outlet WABE tweeted that Atlanta NAACP President Richard Rose said he was sorry “for renouncing Kasim Reed as Atlantaâ€™s next mayor.” Lisa Rayam added that Rose said doing so “was wrong in the capacity in which he serves.”

You heard it here on Morning Edition @wabenews Atlanta NAACP President Apologizes for renouncing Kasim Reed as Atlantaâ€™s next mayorâ€¦.. Says it was wrong in the capacity in which he serves. pic.twitter.com/TQRCPmkIxg

Reed, for his part, tweeted Monday afternoon that he was “grateful” for the NAACP’s letter to Rose and called it “unfortunate that a leader of a local chapter used this historic organization to be used by dark money interests.”

I am grateful for the @NAACPâ€™s response to Mr. Roseâ€™s political statement. The allegations contained in Mr. Roseâ€™s letter were false and wholly without merit. It is unfortunate that a leader of a local chapter used this historic organization to be used by dark money interests. pic.twitter.com/jgyQVVZYUI

However, the sentiments of Rose’s apology were not shared by other prominent NAACP members in Georgia who pointed to the previous national election cycle in an effort to spotlight an apparent double standard when it comes to political endorsements.

Gerald Griggs, a high-profile civil rights lawyer in Atlanta who calls himself a lifetime member of the Atlanta NAACP, issued a statement on Monday defending Rose. Griggs noted that Rose was not the first NAACP member to weigh in on a contentious election but that he is seemingly among the first, if not the first, to suffer “ramifications” for doing so. He invited the national NAACP “to determine local conditions on the ground prior to commenting on local issues.”

Just to clarify and publicly respond to the letter from @NAACP regarding President Richard Rose, my friend and mentor. #NAACP. #gapol #atlpol pic.twitter.com/Av3TJxgRxG

James “Major” Woodall, a public policy associate of the Southern Center for Human Rights who is also the former State President of the Georgia NAACP, called it “disappointing” that the national organization “would tell any leader to not use their voice to speak about local issues.” He added that it was “quite telling” for the national NAACP to rebuke criticism of Reed while pointing out how “There was no problem in publicly rebuking Donald Trump though.”

It is disappointing that @NAACP would tell any leader to not use their voice to speak about local issues. @NaacpAtlanta being rebuked for their criticism of former Mayor Kasim Reed in this moment is quite telling.

There was no problem in publicly rebuking Donald Trump though. https://t.co/pAnOXzN6LR

The organizational power struggle came one week before Atlanta voters decide who will be the city’s next mayor.

Whether fair or not, guilt by association is a very real thing.

When local news outletÂ WSB-TV questioned in MayÂ how so much corruption was able to happen on his watch, Reed deflected and suggested itâ€™s impossible to keep tabs on each and everybody in â€œa 9,000-person organization.â€� He emphasized that he was never accused of anything and challenged WSB-TV to tell him what he could have done differently.

â€œAnything on my watch, I take responsibility for,â€� Reed added. â€œIâ€™m sorry I didnâ€™t see it faster, and certainly after what Iâ€™ve been through personally, but more importantly what our city was taken through, I would do everything in my power to make sure it didnâ€™t happen again.â€�

The vacancy in Atlantaâ€™s City Hall comes after MayorÂ Keisha Lance Bottoms shocked her supporters in April by making the â€œvery difficult decisionâ€�Â of declining another run for office. Bottoms is the first incumbent mayor since Maynard Jackson who chose to not seek reelection. Reed now becomes the cityâ€™s first former mayor since Jackson to seek a third term in office.

In spite of the ongoing federal investigation into Reedâ€™s former staff, he is still a political force to be reckoned with in Atlanta.

â€œNo one should underestimate the power that Kasim Reed wields in the city, and anyone who does is making a grave mistake,â€� Winfield Murray, a former deputy chief of staff to Bottoms and lawyer who teaches constitutional law at Morehouse College,Â told the Atlanta Journal-Constitution.

Threats, claims of stolen elections fuel sign-ups to work the polls for midterms

On TV, the Black South is Finally on the Come Up | WATCH | EURweb