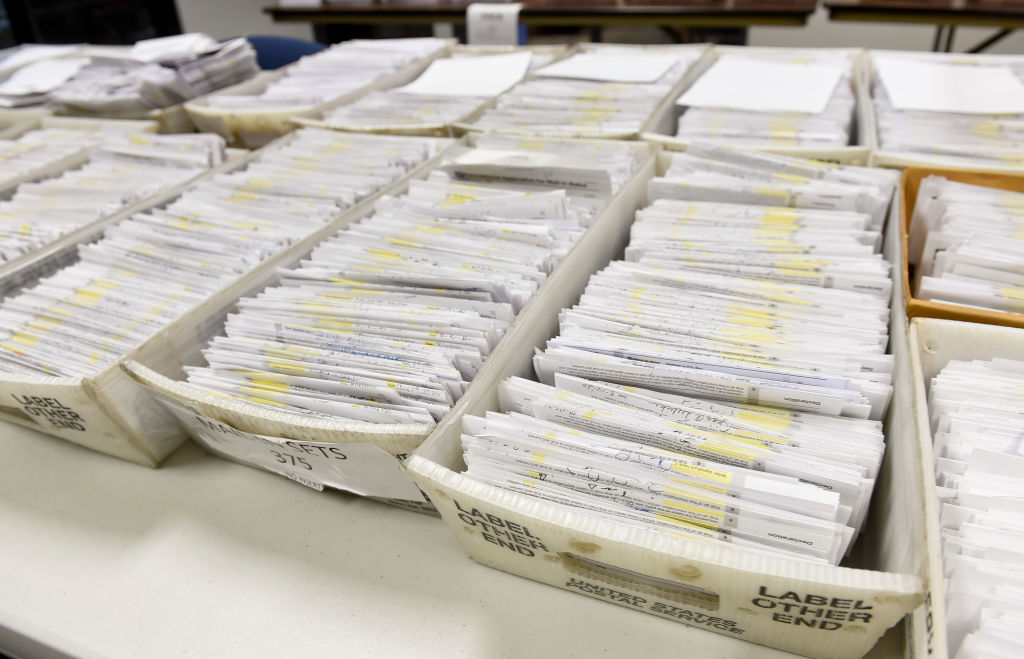 The county reportedly sent 17,000 voters mail-in ballots with the incorrect election date in the Spanish Instructions. Allegedly the mistake comes from failing to change the date on materials updated after the primary earlier this year. Â

The Associated Press quoted Republican Commissioner Christian Leinbach saying the error was a mistake and not an intentional act.Â Â

But State Rep. Manny Guzman said county officials had only one job, to ensure a fair election. “This vast misinformation is part of a very long history of voter suppression in Berks County, and we will not sweep this under the rug, definitely not on my watch,” Guzman said at a press conference Thursday. Â

“Disenfranchisement doesn’t have to be intentional,” Guzman explained. “It happens when you send 17,000 people the incorrect election date. We know that some races are decided by 10, 15, or 100 votes, and if any single person is disenfranchised by this misinformation, it’s a failure, and it’s a violation of our rights.”

Local residents and Make the Road PAÂ members agree with Guzman, calling the careless error a part of a broader pattern and practice of neglecting Spanish-speakers.Â Â

“Sending out 17,000 misinformation ballots shows extreme negligence and incompetence on many levels from our County,” Raquel Capellan, a local Reading resident, said in a statement. “This isn’t the first time we’ve seen high barriers for Spanish-speaking voters in Berks County, but we’re here to make sure it is the last.”Â

Capellan called the right to vote sacred and called on commissioners to prioritize election integrity by honoring the deadline posted on the instructions. “Commissioners must protect the integrity of this election and honor the return deadline they sent out to 17,000 voters, release details about which voters in which municipalities received this false information, and publicly publish a detailed plan to ensure this never happens again,” Capellan continued.” Â

Make the Road PA is the largest Latinx organization in the state,Â registering over 10,500 voters. The organization is focused on ensuring Latinx, Black and young voters have the information they need to participate in the electoral process.Â Â Â

According to Make the Road PA, the alleged error fits within a pattern of voter suppression and “high barriers to vote for Spanish-speakers in Berks County.” Home to a large Spanish-speaking community, Berks County was the subject of a 2003 lawsuit alleging the county violated the 1965 Voting Rights Act, citing county officials’ knowledge and lack of efforts to correct persisting issues concerning Spanish speakers. Â

Make the Road PA listed several instances where county oversight impacted voters in the 2020 election such as the lack of Spanish language mail-in ballot applications in the May 2020 primary and not having enough signage in Spanish at ballot drop off locations.

“We need to know who made this mistake and why,” Tavaraz said through a translator. “This will impact people wanting to vote but also, knowing this information will help potentially motivate people to maybe to participate so that we can change the people who are in charge of running these things.”Â

Tavaraz explained that even though it was a mistake, the carelessness has real impacts. She said the county should also work with groups like Make the Road PA to make sure information is correct when translated for Spanish speakers.Â Â Â

“We’re calling on the county and the county commissioners, in particular, to ensure that they have a process to ensure that things are correct when they’re printed in other languages [and] that there’s a revision process,” Tavaraz said. “We need representation and inclusion of our communities within our local government.” Â