How low can the Herschel Walker campaign go? 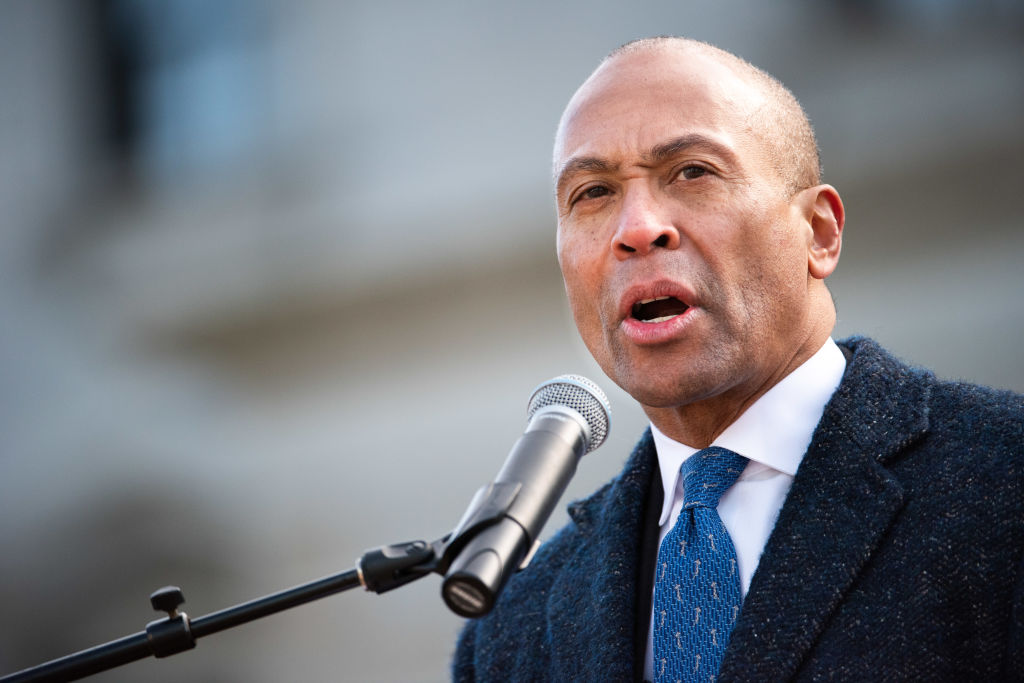 A new initiative spearheaded by former Massachusetts Gov. Deval Patrick seeks to change funding for civic engagement and grassroots organizing. Building on his own experience as a candidate, Patrick says that supporting the grassroots is necessary for sustained engagement beyond election day.

As co-chair of the American Bridge 21st Century, Patrick sees the new BridgeÂ Together InitiativeÂ as a way to seed grassroots groups with the funding and support necessary to build forward.Â Â

“The funding will help us connect Black and brown voters that are often overlooked in our communities with trusted information and resources before the midterm election,” said 1K Women Strong’s Executive Director Shakya Cherry-DonaldsonÂ in a statement.Â Â

Through a targeted canvassing and digital program, 1K Women Strong is engaging Black women households to build on the record turnout in Virginia in 2020.Â  Bridge Together looks to add to the collaborative capacity building and organizing in the region for the Nov. 2 election and the midterm elections.Â Â

While much attention has been placed on the Virginia governor’s race, the stakes are high in races across the state, including a historic race for lieutenant governor. Either Democratic Del. HalaÂ Ayala orÂ former Republican De. Winsome SearsÂ will become theÂ first woman to take the state’s second-highest position.Â

Supporting grassroots organizing in the region builds in part on the work done in the last cycle. Instead of losing momentum between elections, Bridge Together is trying to build permanent organizing capacity.Â

“The sign of a healthy democracy is the engagement of the voters, and I think we have had low voter turnout in election after election around this country for a long time,” he said. Â

Patrick says the blame isn’t on voters but a system that often fails to help connect people to the process. It’s vital to cultivate people as not simply voters but community members with skills and contributions that are valued. Â

“A more high impact and meaningful investment in what it takes to build community where people have a stake and see a stake in each other all the time and aren’t just organized to get out one vote for one candidate and then they kind of dissolve,” he explained. “I am trying to direct more of that money to permanent organizing.Â  How do we enable existing groups, not groups that are flown in but existing groups, that know their communities to sustain the organizing capacity and build on that all the time?”Â

Another part of the Bridge Together Initiative is also rejecting status quo assessments of which voting blocs are worth engaging. Instead of focusing on turning out suburban soccer moms, it recognizes the potential in all eligible voters. Supporting trusted community voices also helps cut through the noise of disinformation. Â

“People will get their information from trusted sources, and those trusted sources in many cases are their friends and neighbors,” Patrick said. “Trying to be a way that we can help get accurate, factual information out to people who are interested in and want to be brought into the civic life is another opportunity.”Â

Many of Patrick’s lessons in community building came from growing up on the south side of Chicago. Reflecting on the community elders who kept a close watch over the kids on the block, Patrick said the adults were teaching them what it meant to be in community with one another.Â Â

Electoral participation isn’t a means to an end. It is a pathway to a more connected society. By funding sustained engagement and organizing, Patrick sees Bridge Together as supporting local talent and listening to understand from residents what issues matter and how they manifest in their daily lives.Â

How low can the Herschel Walker campaign go?

More than half of Americans think standard of living for young people won’t be as good as their parents’, poll finds