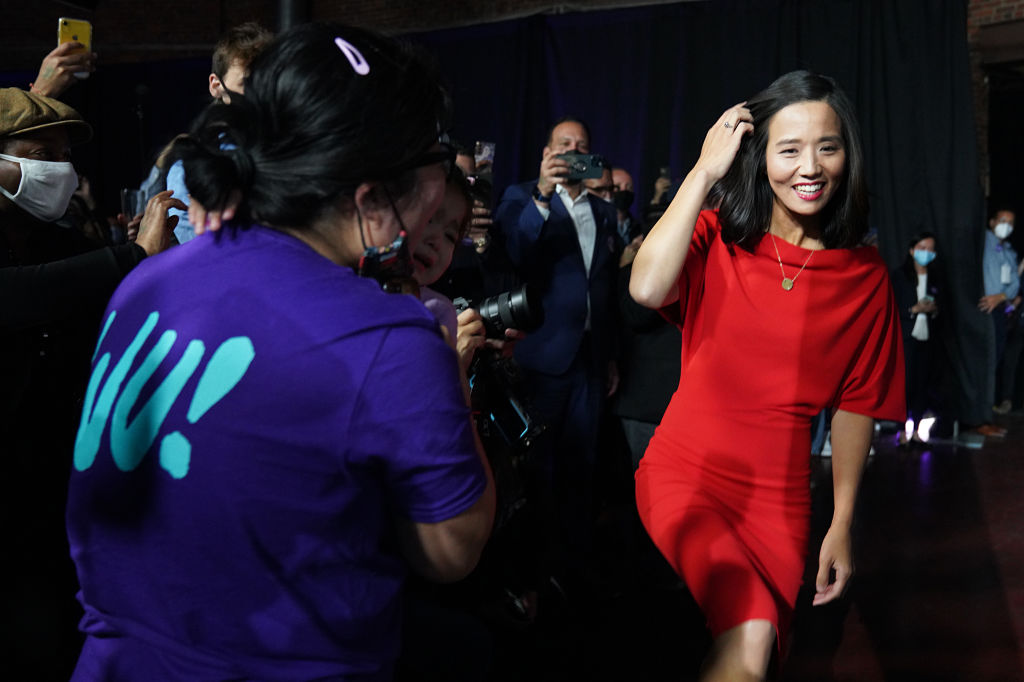 Tuesday night’s elections were a mixed bag, with some surprising victories and losses rippling across the country. Elections can be a mixed bag, and it’s important to reflect on the outcomes and not just dwell on the disappointment.Â

A couple of things to remember is that runoff elections are happening after Tuesday night in many places. Also, there are still special elections and primaries happening in a few places. Early voting is underway in Louisiana, and election day is Nov. 13.Â

As previously reported by NewOne, Ballotpedia’sÂ Elections calendarÂ provides an overview of significant elections in various states. Also, check with your local board of election or secretary of state to see when you vote next. Voters in Louisiana are just now starting to early vote. Â

Here are a few highlights from Tuesday’s elections:

Indira Sheumaker shook things up in Des Moines, IA, Tuesday night after unseating the incumbent. Bill Gray. The second Black woman to join the Des Moines City Council, Sheumaker ran on a solidly progressive platform, including defunding the police. An active organizer with a local Black liberation movement group. The Des Moines Register quoted Sheumaker saying she wouldn’t have ever run for office if she hadn’t been tear-gassed during racial justice protests.

We just unseated a city councilmember in Des Moines, Iowa on a platform of defunding police!! Let’s go @Indira4DSM!!!!! https://t.co/lLRnkJFqRR

High-profile races like mayor and Manhattan district attorney have taken up a lot of space. But Kristin Richardson Jordan ran on a solid platform centered in “radical love” for Central Harlem and the city as a whole. A glance at her platform shows deep commitments to police accountability and abolition, real affordable housing, wealth distribution, senior care and gun control, and education and environmental justice. Richardson is now councilperson elect for New York’s District 9.

Progressive Michelle Wu won the runoff election for mayor, marking the first time in nearly 200 years that Boston will have elected a non-white man. Endorsed by acting Mayor Kim Janey and Rep. Ayanna Pressley, Wu focused on addressing the needs of hurting Bostonians. Looking to create a landscape where all people in the city can not only survive but thrive, Wu put forth a plan focused on rent stabilization and free public transit.Â

While some Black voters previously expressed disappointment that neither of the two Black women running made it into the runoff, some reflected on Wu’s follow through and support for their issues.Â Â

Maybe the narrative to pick up from tonight is that progressive women of color, not centrist white men, should be the standard bearers of the Democratic Party pic.twitter.com/dKpWBQq3n2

Virginia has been pegged as the race to watch for weeks. But Tuesday night, voters opted not to give former Gov. Terry McCaullife back his old job. The Democratic candidate for governor struggled to provide a coherent message besides his opponent being a Trump-like racist. In the final days, Glenn Youngkin leaned heavily into the false narrative around critical race theory in schools, whipping allegedly concerned people into a frenzy about the future of Virginia’s children. Â

Â Combined with the media’s failure or refusal to actively combat the political disinformation and effort to weaponize the racist sensibilities of predominantly white parents, the Virginia governor’s race proved to be more of a referendum on white people’s attachment to white supremacy. And no amount of propping up bland white moderates is going to stabilize Democracy.Â

One can only wonder how much more inspired voters may have been if one of the two Black women named Jennifer had been the nominee instead.

I think what gets me the most is the most mediocre, white man (who was the Governor BEFORE) went up against a Trump supporter and lost LMFAOOOOO

India Walton trails the write-in votes as of 11:30 pm Tuesday. While it is unclear how many of those votes were for Mayor Byron Brown, it is indicative of the status quo’s fight to prevent the kind of change Walton stands for. Walton’s battle is also reminiscent of the races run by St. Louis Mayor Tishaura Jones in 2017 and Rep. Cori Bush in 2018. Both women lost their races but used the momentum to continue organizing and pushing forward until they were victorious the next cycle.Â

While Minneapolis voters did not pass the public safety amendment, there seems to be support for the rent control ballot question. And while pundits will rush to declare it a total loss, there is something to be said for over 60,000 residents willing to take a chance on a new vision for public safety.Â

“This campaign began with working-class Black and brown residents marching together to demand a higher standard of public safety in the city,” Corenia Smith, Campaign Manager for Yes 4 Minneapolis, said. “It grew into a city-wide movement that spanned race, income, and neighborhoods to give residents a say in their future and to advocate for the resources that they need. While this is not the result that we hoped for, the story of our movement must be told.”Â

Smith recounted the legal battle mounted to defend the question being on the ballot and the effort to collect signatures in the Minnesota winter. Â

“We changed the conversation about what public safety should look like,” Smith Continued. “We showed the country and the world the power of Democracy and the power of the people. Now, we will work to hold leaders and the systemÂ accountable.Â We will work to heal our city and create safer streets for all our communities.”Â

To @BlackVisionsMN and @Yes4Minneapolis you gave people hope and the opportunity to see the possibilities of their power. We know itâ€™s not over and youâ€™ll keep building for another day. Thank you for your leadership. Youâ€™re fight is our fight. #Yeson2

As Tennessee state Rep. London Lamar says, there is a lot of work to do ahead of 2022. Tuesday’s results, particularly in Virginia and New Jersey, are telling, but they are not the whole picture. The real question is whether candidates and their teams will learn the right lessons or continue to do the same thing that lost major ground in 2010 after President Barack Obama was elected.Â

We got a lot of work to do for 2022. I hope the party takes note early and evolve their plans ASAP. Iâ€™ll wait to comment more when all the results come through