And the numbers behind Republican Glenn Youngkin‘s gubernatorial victory over Democrat Terry McAuliffe in Virginia on Tuesday paint a vividly pale as white women emerged as an electorate force to be reckoned with while Black voter turnout reportedly lagged in Virginia, according to exit polling data provided by NBC News.

In particular, it was white women Virginians pulling their support from Democrats and, instead, casting ballots for a Republican candidate that seemingly made all the difference this time around. The voting bloc provided a definitive swing toward Youngkin to the tune of 15 percentage points. The fact that Youngin was a Trumpublican who has garnered support from the former president paid off majorly for the conservative candidate who is much more like 45 than he would ever care to admit publicly.

NBC News political reporter Sahil Kapur posted a brief Twitter thread of before-and-after exit polling data centered on how white women voted in the 2020 presidential election and the way they voted Tuesday. The numbers illustrate a clear contrast and may suggest the election was a referendum on President Joe Biden and the entire Democratic Party. It definitely suggested that Virginia’s white women voters may think that Trump — whose rhetoric is espoused by Youngkin, albeit in a much more toned-down codified dog-whistling style instead of overt hatred — wasn’t so bad after all. 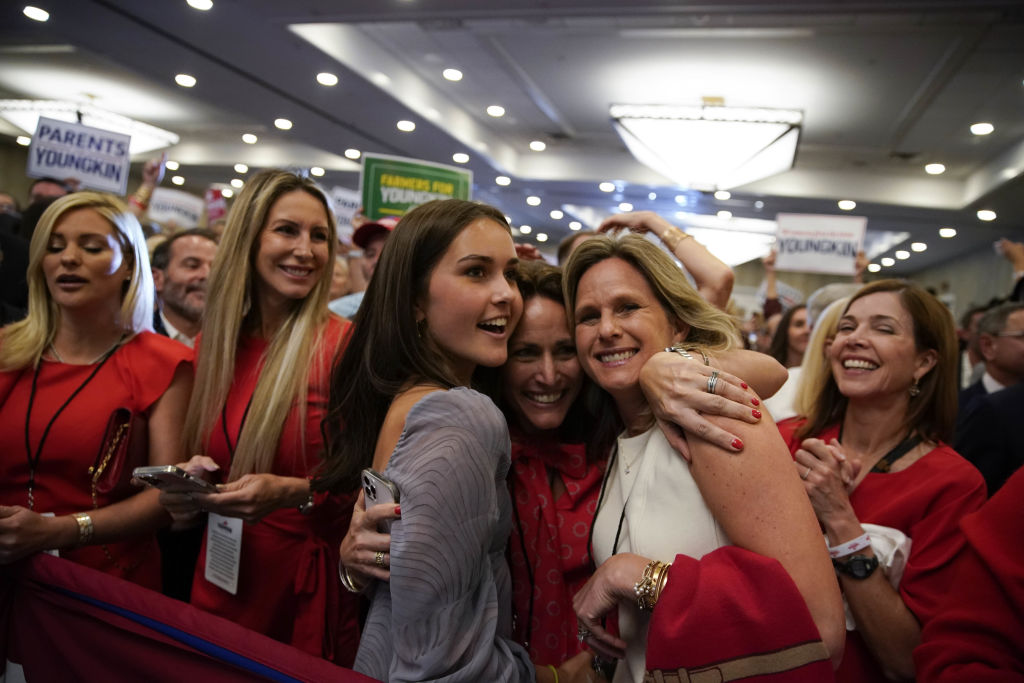 Either way, data shows that after 50 percent of white women voters in Virginia supported Biden’s Democratic candidacy last year instead of Trump’s, that number ballooned to 57 percent in favor of Youngkin on Tuesday.

On a more granular level in Virginia, both college-educated white women and those without a post-secondary education voted in droves for Youngkin, a decided reverse from the trend in which ballots were cast for the 2020 election.

The numbers are even starker among non-college-educated white women in Virginia.

While 56 percent of non-college-educated white women in Virginia voted for Trump last year, a whopping 75 percent of voters belonging to that same group cast ballots for Youngkin. It accounted for a nearly 40 percentage point swing for Republicans from last year.

NBC News also reported that “Black turnout was down in some key places” in Virginia. While exact numbers were not immediately available, Reecie Colbert, a political commentator and founder of BlackWomenViews Media, cautioned people about blaming Black voters for Youngkin’s victory. Colbert accurately pointed out how that flawed narrative is a convenient excuse that selectively ignores the fluctuating partisan support consistently displayed by white voters.

Before y’all start on the “Blame the Black Voters” BS that happens whenever Dems lose, it’s long past time y’all ask your brethren & sistren when they are going to start siding with decency & progress. The takeaway better TF not be to forsake Black voters to win back