Like a number of U.S. presidents before him, Donald Jabba-the-White-Supremacist Trump (that’s what the “J.” stands for, right?) was a one-term commander-in-chief who lost his bid for reelection in what the DOJ, the former head of election cybersecurity, state courts, supreme courts and appellate courts all agreed was a fair, virtually fraudulence-free election. But since Trump couldn’t just take his L and use it as a golf club, he had to embark on a delusional, egotistical, unprecedented propaganda campaign and claim, with zero evidence, that he was the victim of widespread voter fraud instead of just admitting that more than half the nation’s voters simply didn’t want him to continue getting rust-flavored spray tan booty juice all over the Oval Office furniture.

Well, it turns out that not only were Tump’s widespread voter fraud claims as false as the toupee that’s persistently trying to run away from his face but virtually every instance of actual, anecdotal voter fraud appears to involve a Republican who tried to cheat to keep their cult leader in the White House.

According to the Associated Press, MAGA moron Donald â€œKirkâ€� Hartle of Nevada, one of the states Trump falsely claimed he actually won, has agreed to plead guilty to a reduced charge of voting more than once in the same election. The 55-year-old Las Vegas resident whose wife, Rosemarie Hartle, died of breast cancer in 2017, was facing two felony charges in a criminal complaint alleging that he used his dead wifeâ€™s ballot in order to cast a second vote for the sitting president who literally claimed dead people were casting votes for President Joe Biden, causing his illegitimate loss.

In fact, because caucasity knows no bounds, Hartle claimed that his wife’s ballot, which was issued in October 2020, never came to his house, 8 News Now reported. So he lied and said this was evidence that someone that wasn’t him voted in his wife’s name, and by making that claim, he became a GOP mascot touted by Republican officials as evidence that their claims of widespread voter fraud were true all along.

â€œDisbeliefâ€� and â€œsickeningâ€�… Thatâ€™s how Kirk Hartle feels about someone voting in his deceased wifeâ€™s name.

How did the forged signature pass @ClarkCountyNVâ€™s signature verification machine?

And this is isnâ€™t the only case of a deceased person voting in NV. pic.twitter.com/5LYoNx59m2

This is at least the second time a Republican made headlines for voting for Trump in their dead relative’s name. Earlier this year, Robert Richard Lynn, of Pennsylvania, another state targetted by Trump’s “stop the steal” nonsense, used his dead mother’s ballot to cast a second vote for Donald Jurassic-Farce Trump.

But waitâ€”did I say Lynn was the first Republican before Hartle to get caught doing this? Because he wasn’t even the first in Pennsylvania. Before him, there was Bruce Bartman, who also made a zombie voter out of his dead mother who rose from the grave to cast a ballot for the orange crypt keeper. A week after that, Barry Morphew of Colorado allegedly added his wife to the cast of The Walking Dead Trump Voters who voted for Trump likely because he too has skin that appears to be rotting off of his bones.Â

About a month after Bartman and Morphew became Whoopi Goldberg’s character in Ghosts and summoned their dead relatives to vote for Donald the-Jig-is-up Trump, Edward Snodgrass, a local Republican official in Ohio, admitted to forging his dead father’s signature on an absentee ballot in order to vote for his Tang-colored Fuehrer a second time.

So far, none of these white men have received more than a fine, probation and/or a few days of jail time for voting illegally, which compels me to remind you that Crystal Mason of Texasâ€”a Black woman who cast a provisional ballot in 2016 while on supervised release for a federal conviction, which, unbeknownst to her, made her ineligible to voteâ€”was sentenced to five years in prison for voting illegally. 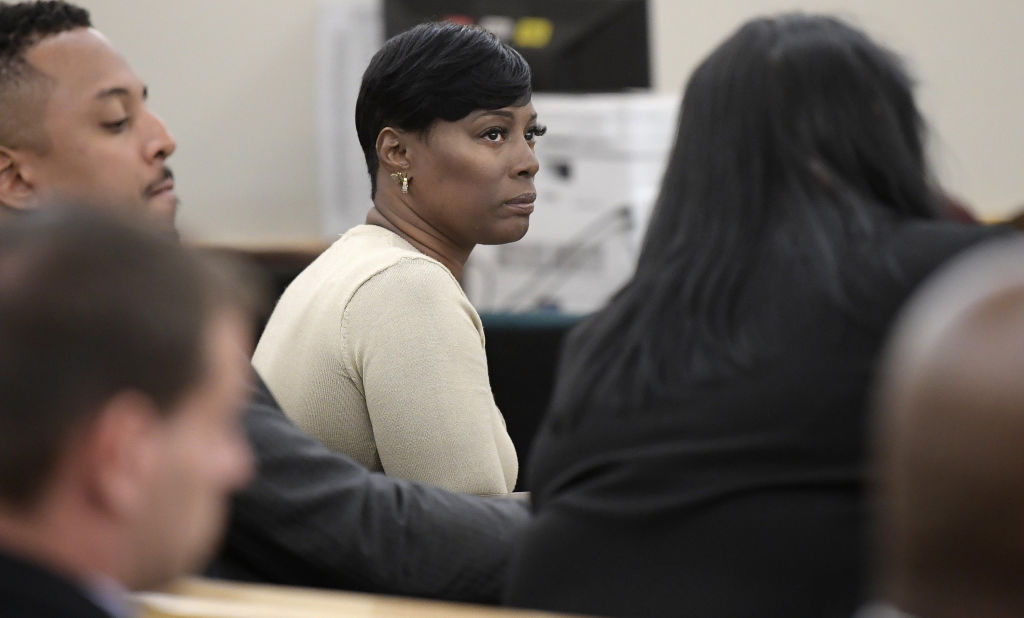 This finally brings us back to Hartle.

According to 8 News, Hartle pleaded guilty Monday to one charge of voting more than once in the same election, which is a category D felony, which carries a maximum prison sentence of four years. But his plea deal will allow him to serve the equivalent of one year of probation, after which he can withdraw his plea, enter a guilty plea to a charge of conspiracy to commit voting more than once in the same election, pay a $2,000 fine and receive credit for time servedâ€”even though he didn’t actually serve any time.Â

God, I hate it here.