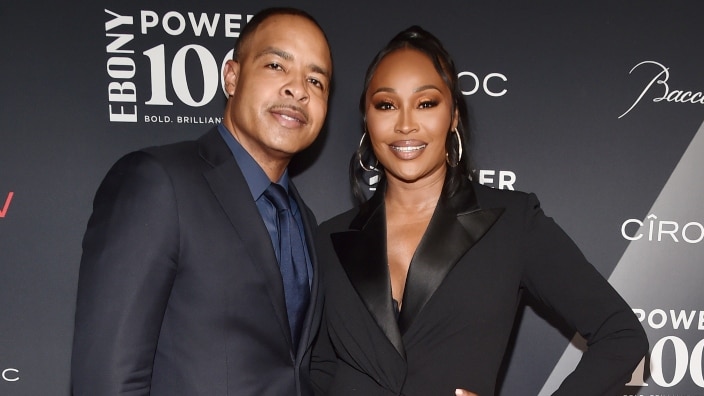 In a recent interview, reality TV star Cynthia Bailey revealed that the door is closed on her returning to The Real Housewives of Atlanta…for now.

As theGrio previously reported, the Bravo franchise just had a major shakeup: Ahead of the upcoming 14th season, mainstays Bailey and Porsha Williams departed from the popular reality TV series. While Bailey has been busy promoting The Real Housewives Ultimate Girls Trip, a new Real Housewives spin-off series, Bailey is now spilling it all on her time in the reality TV franchise.

The second Bailey finished RHOA, she went right into shooting Ultimate Girls Trip. She told The Wrap: “I said my farewell. And then I started promoting Girls Trip which put me back with Housewives again. So Iâ€™ve said goodbye. But I havenâ€™t said theÂ bigÂ goodbye at this point because Iâ€™m still, you know, a housewife. With that said, my experience on the show has been really, really amazing.â€�

Despite not planning to return to RHOA, Bailey is technically still a ‘housewife’ on Ultimate Girls Trip. “The great thing about housewives is they come and go,â€� she said. â€œTheyâ€™re friends, theyâ€™re housewives again. You know what Iâ€™m saying? This thing could just keep going and going and going â€¦ Iâ€™ve been a consistent peach holder for a long time. I actually just welcome a break, I just need a little break from the drama. I just do.â€�

Bailey also opened up about tension between her and Kenya Moore, with whom she appeared on RHOA for years and who also went on the Ultimate Girls Trip.

Bailey also teased her future on television and what her next project may be.

“I am certainly still going to be on television…I jumped into acting and I have all these other projects that Iâ€™m working on, on camera and off camera. Iâ€™m hosting more,” she said. “Iâ€™m just really being able to show you guys some other sides of Cynthia, that you guys donâ€™t always get to see on an ensemble cast show like Iâ€™ve been a part of all these years. So thatâ€™s exciting for me.â€�

Bailey seems to be making good on that, recently hosting E! Daily Pop for a week, where she interviewed numerous guests, including fellow Real Housewives.

The post Cynthia Bailey says ‘door is closed’ on returning to ‘Real Housewives of Atlanta’ for now appeared first on TheGrio.

Johnny Depp and Lawyer Joelle Rich Are Dating But Not Exclusive