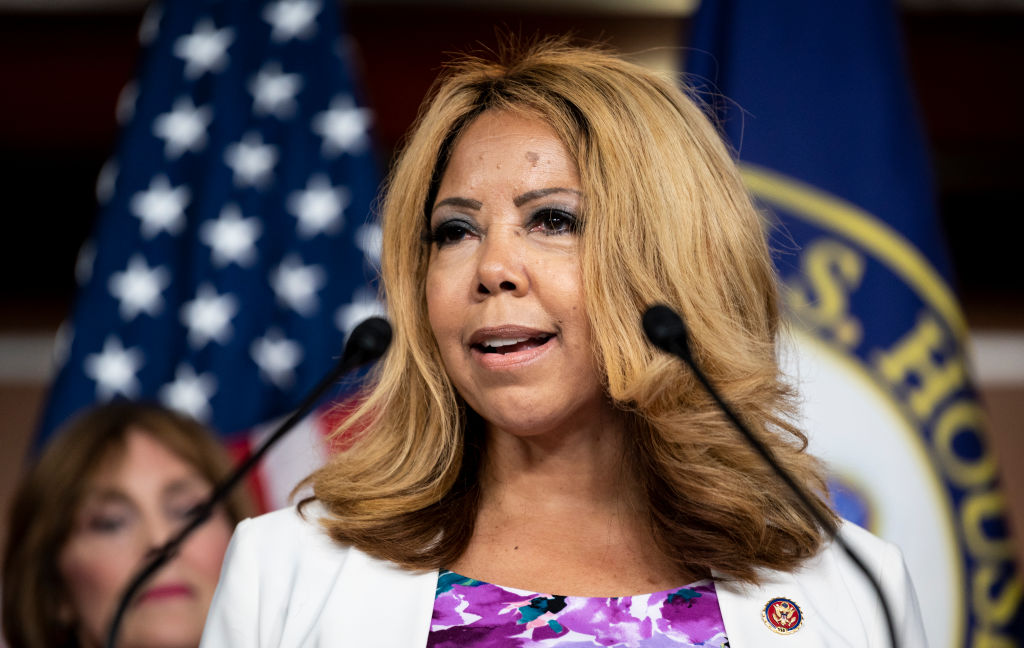 Set on regaining a one-time Republican stronghold, new maps developed by Georgia Republicans just changed the makeup of a once competitive district held by Rep. Lucy McBath. Instead of facing the challenging task of re-election in her current district, McBath announced Monday that she would seek the Democratic nomination for the neighboring 7th Congressional District.Â

“After my son’s death, I made a promise to him,” began the statement. “IÂ  promised him that, for as long as I am alive, I will do every single thing in my power to keep what happened to our family from happening to others.”

McBath narrowly beat the incumbent, former Rep. Karen Handel, with less than 4,000 votes in 2018. Handel came back to challenge McBath in 2020 and was easily defeated. Citing an analysis from FiveThirtyEight, Axios reported the newly constituted 6th Congressional District would lean heavily Republican and reach into a “deeply conservative” portion of North Georgia.Â

McBath was the first Democrat elected to the 6th Congressional District in decades, in a seat once occupied by Newt Gingrich. According to Ballotpedia, the district shifted from a Republican stronghold in 2012 to more Democrat-friendly in 2020.Â

Bourdeaux being primaried is no surprise considering the recent pushback she received from local groups over support for Biden’s Build Back Better plan.

“Georgians need to know that their elected officials represent *them* and vote in their best interest. Voting to protect your seat does not serve those who trusted you to represent them and is a betrayal of that trust.” Helen Butler, Executive Director #ComeOnCarolyn #gapol pic.twitter.com/qdrX0ZeH5N

The same groups who helped set the stage for Bourdeaux to flip a Republican-controlled district demanded she stand firm in supporting the President’s popular agenda.Â  Bourdeaux was among the nine moderates who held up movement on the House side during the summer.Â

McBath isn’t the only Democrat challenging Bourdeaux. State Rep. Donna McLeod also announced her attention to run Monday. According to McCleod, she has been a resident of the district for over 20 years. Â

It is my intention to run for the 7th Congressional District. Iâ€™ve lived in the district for 21 years. It will be an honor to serve #GwinnettCounty #gapol

McBath is one of many Democratic elected officials being pushed out of their seats by Republican-led redistricting efforts. As previously reported by NewsOne, a redistricting proposal for Gwinnett County, Ga. could impact several seats on the local school board.Â

Across the country, Republicans are using redistricting to further restrict the political power displayed in the 2020 election and the country’s country’s growing diversity. Advocates in states like Texas and Ohio have been sounding the alarm about the dire midterm situation resulting from heavily partisan maps that benefit Republican candidates. In many instances, the maps are not reflective of the demographic shifts over the last ten years.Â

The redistricting ploy is in some ways an extension of the power grab that began with the passage of Georgia’s unnecessary change to election administration based in part on Trump’s “Big Lie.” In a CNN interview back in March, McLeod called out the white supremacy present under Georgia’s Gold Dome after the arrest of her colleague Rep. Park Cannon.

“Instead of embracing diversity, they have basically said they don’t want it,” McLeod said. “That is unacceptable to us. And that’s why we will be pushing back and fighting back. Diversity should be a strength, it shouldn’t be looked at as a weakness.”