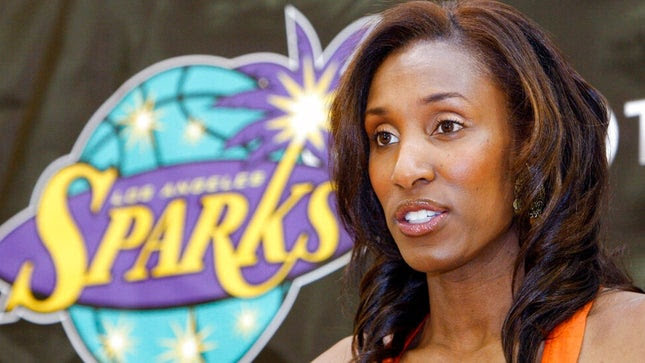 WNBA Legend Lisa Leslie this week said that she was advised not to make a “big fuss” over the arrest of WNBA star Brittney Griner, who is currently being held in Russia over her possession of vape cartridges containing hashish oil.

“What we were told, and again this is all sort of passed along through hearsay, but what we were told was to not make a big fuss about it so that they could not use her as a pawn, so to speak, in this situation, in the war,” Leslie said in a clip of an interview with the “I am Athlete” podcast,which was released on Friday.

“So, to make it like it’s not that important or don’t make it where we’re like, ‘Free Brittney’ and we start this campaign, and then it becomes something that they can use,” she reportedly added.

Leslie, a Naismith Basketball Hall of Fame inductee and three-time WNBA MVP, did not further elaborate on who provided the guidance and it was unclear if she knew who initially shared the information.

The WNBA, declined to comment on the record concerning Leslie’s statements when contacted by CNN.

Griner was arrested at a Russian airport in February after Russian authorities said that they had found cannabis oil in her luggage. The Russian customs service stated at the time that an investigation had been opened into allegations of large-scale transportation of drugs. The charge can result in a sentence of up to 10 years in prison.

Following the report, the Russian state media reported that a Moscow court approved an extension of her arrest to May 19.

Lesley’s comments are consistent with legal experts speculation about how U.S. officials, representation for Griner and Griner’s family may be approaching the situation.

Tom Firestone, a former resident legal advisor at the U.S. embassy in Moscow, previously told The Hill previously that the reason those close to Griner are being quiet about the issue is that they want to pursue a solution through the Russian legal system.

“I assume … she and her family and the lawyers have decided just to challenge through the legal system rather than try to make this into a political case. Which given the nature of the current political situation is probably a wise decision on their part,” he said.