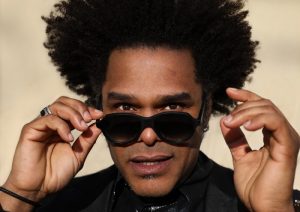 Maxwell, a three-time GRAMMY® Award-winning and multi-platinum performer, will perform at Encore Theater at Wynn Las Vegas for a three-night engagement as part of his The Night Tour this summer.

This news comes after Maxwell’s latest single, “OFF,” debuted at No. 1 on Billboard’s Adult R&B Airplay Chart. The record is the R&B star’s eighth No. 1 Billboard Adult R&B Airplay single and 15th top ten success in his long career, raising anticipation for the release of his upcoming album, blacksummers’NIGHT.

Maxwell continues to get an outpouring of love from fans and critics alike as he nears the halfway point of his current spring tour, The Night Tour, with sold-out venues in numerous major cities.

For tickets or more information on his upcoming Las Vegas performances, visit WynnLasVegas.com.

You can hear “OFF” below.

The post Maxwell Announces Three-Night Set of Dates in Las Vegas appeared first on The Source.