Russell Wilson Opens Up About The “Line” That Pulled Ciara [Video] 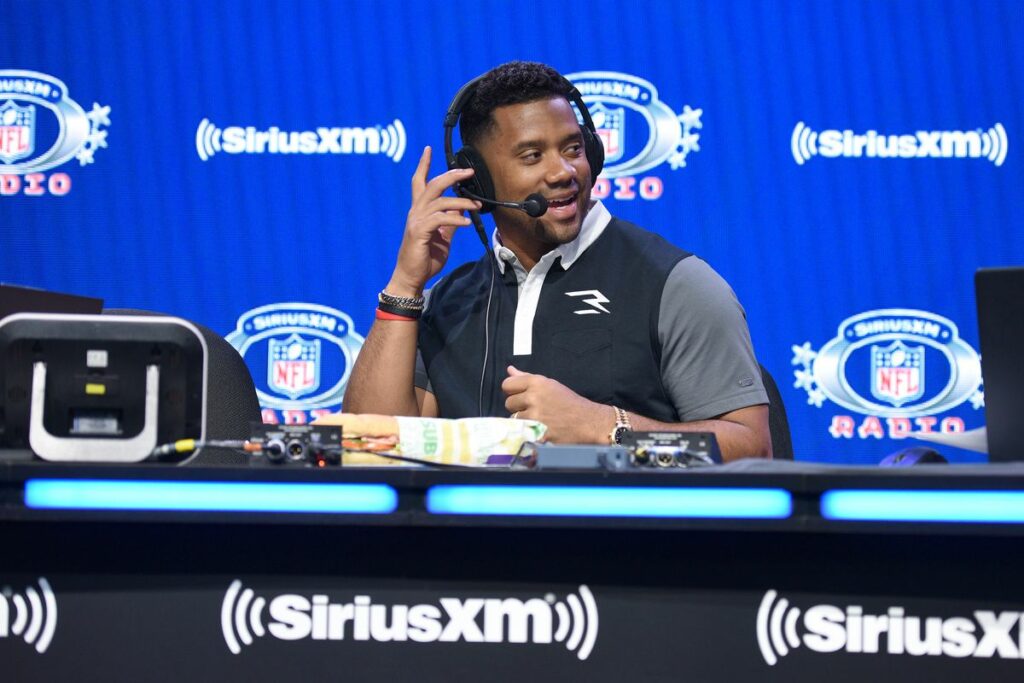 Russell Wilson won wife Ciara over with his confidence when they first met.

While most of us have been asking what Ciara’s prayer was to find her Prince Charming, Russell Wilson opened up and let us know how he got her.

While on the show, one of the hosts asked Wilson what was the one line “that made [him] bag Ciara.” Wilson revealed that it was his “wallet” that attracted Ciara, but not in the way that most would think.

“First of all, I had this wallet and it was broke down, it was kinda tore up. I had it for a while, you know?”

As his story intrigued the hosts, Wilson continued, “First day we met — and we had been talking for two-and-a-half hours, hanging out — she saw the wallet, sitting on the table. She said, ‘What the hell is that? You’re losing with that.’”

Wilson says that after letting her know that he never loses, he proceeded to show her the beauty and symbolism of a torn-up wallet.

“I said, ‘That wallet shows consistency. That’s what you gon get from me. Somebody that’s gonna be consistent for you every day.”

Well, we guess it’s safe to say the line worked because the pair have been married since 2016 and share two children — Win Harrison Wilson and Sienna Princess Wilson — in addition to Future Zahir Wilburn, who Ciara has from a previous relationship.

Earlier this week, NFL podcaster Channing Crowder, who formerly played for the Miami Dolphins, made public statements saying that Ciara was only with NFL star Russell Wilson for his money.

“You don’t leave Future and get with Russell Wilson. It’s a type. Everybody has a type.” Crowder continued, “I love him on the field but he’s fucking square.”

Crowder was swiftly reprimanded by fans online for his foolish statements.

The post Russell Wilson Opens Up About The “Line” That Pulled Ciara [Video] appeared first on LOVEBSCOTT.