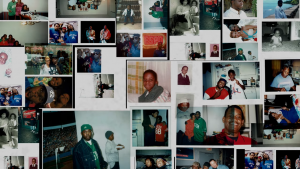 The famous MC Phife Dawg’s estate is proud to present the very unique music video for the tune “Forever.”

“When I first heard ‘Forever’, I was not prepared for the depth and honesty, it took me a long time to let it all sink in,” said video director Tony Reames. “DJ Rasta Root came up with the idea of personal photos and videos to match the message for the video. The lyrics are also all in Phife’s own handwriting, we scanned in a lot of his writings to create a font as if Phife himself was telling you the story. I’m forever grateful to be around Phife, his family and everyone we met along the way.”

Dion “DJ Rasta Root” Liverpool added, “I felt like a song as powerful as Forever had to have a video. Thanks to Tony Reames, who directed most of Phife’s videos, we were able to complete this to round off the album’s third single.”

You can see the video below.