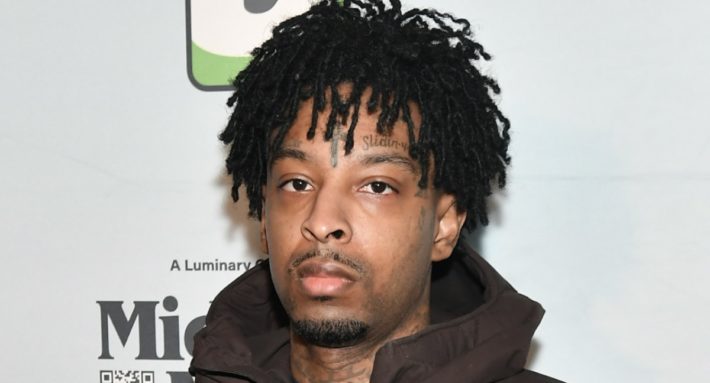 21 Savage is still feeling the impact of his 2019 arrest by U.S. Immigration and Customs Enforcement (ICE) agents.

It feels like it’s been a decade since 21 Savage was detained by ICE in 2019 for illegally living in the United States, after it was revealed the rapper was born in the UK. But unfortunately, the ongoing case surrounding his immigration status is not over yet.

The rapper’s immigration attorney told TMZ that the three-year-long case surrounding Savage’s immigration status has reached another bump in the road, this time involving a separate criminal case that is delaying the proceedings. The outlet reports that when Savage was detained by ICE, the rapper allegedly tried to throw away an empty bottle of codeine during the arrest. A handgun was also reportedly found in the vehicle the rapper was in.

Savage reportedly wasn’t charged with possession of a controlled substance and possession of a firearm in DeKalb County until January of this year, meaning that those charges would need to be resolved first before his immigration case can formally begin.

The Savage Mode rapper was initially arrested in 2019 after it was discovered that he had been living in the country illegally for several years on an expired visa. Savage’s lawyers also cite that while he can still travel domestically around the U.S., he is unable to leave the country at this time until his immigration status is settled. The case will not affect the shows he’s due to appear in either, with the rapper due to appear in Coachella and the Bonnaroo Music and Arts Festival in June.

21 Savage ultimately faces deportation and a 10-year ban from returning to America if found guilty. Although, his immigration status will only be determined once the DeKalb County case is resolved.