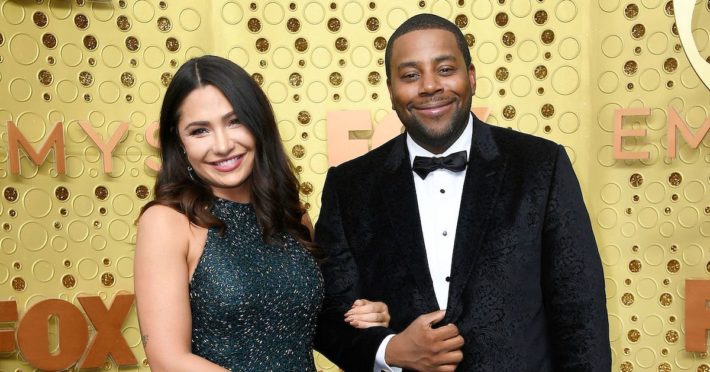 Kenan Thompson and his wife have called it quits on their marriage.

The Saturday Night Live star and interior designer are getting a divorce, a source close to the couple told TMZ. The pair — who were together for 15 years — have reportedly been separated for more than a year but no official documents for divorce have been filed.

Representatives for Thompson did not immediately respond to PEOPLE’s request for comment.

Thompson, 43, and Evangeline, 33, dated for four years before tying the knot in November 2011 in a private ceremony at the Georgia Aquarium in Atlanta. The comedian and actress are parents to daughters Georgia Marie, 7, and Gianna Michelle, 3.

Though their marriage has been fairly private, Thompson opened up last year about his wife’s initial reaction to the plot of his sitcom, Kenan, during an appearance on The Tonight Show.

In the NBC comedy, Thompson plays a widowed father of two girls trying to balance work with life as a single dad — opposite of real life with Evangeline, Georgia,and Gianna.

When host Jimmy Fallon asked Thompson what his wife thought about the sitcom’s storyline, the comedian joked that she “didn’t love it.”

Explaining that the show does reflect his life “a little bit” when it comes to “being a father of two girls,” Thompson said it is still “totally different” from his real life.

“I’m the host of Atlanta’s No. 2 morning show and just trying to balance that work-life relationship and raising my girls without my best friend and partner. I hadn’t really seen that … kind of explored in a sitcom before,” he told Fallon of the show’s plot.

At the time, Thompson also told Today, that while he “mirrored” some of his own experiences with fatherhood in the series script, much of it boiled down to “creative liberty.”

“My wife, thank God she’s still with me,” he said.

.@kenanthompson joins us ahead of the debut of his new sitcom #Kenan, in which he plays a popular morning show host and widowed father raising two young daughters. pic.twitter.com/bv1BzeflRL