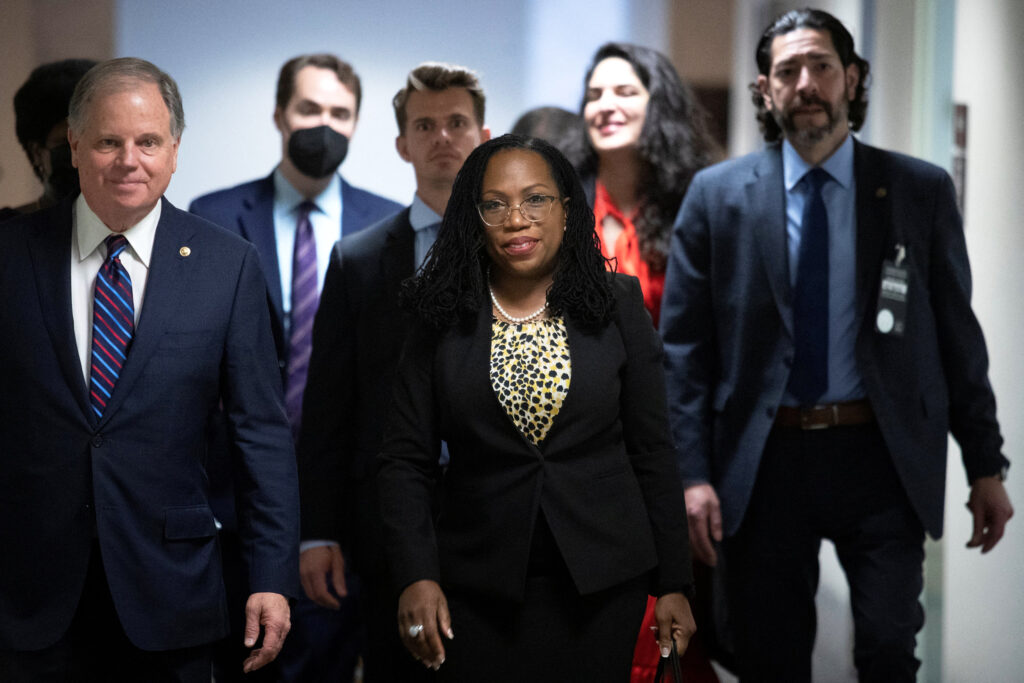 The final vote was 53 to 47, with all 50 Democratic caucus members supporting Jackson, joined by Republican Sens. Susan Collins, of Maine, Lisa Murkowski, of Alaska, and Mitt Romney, of Utah. Vice President Kamala Harris presided over the vote.

Jackson and Biden watched the vote together in the White House.

The vote means Jackson will take office at the end of the court’s current term — likely in June or July — when Justice Stephen Breyer is expected to step down. Her appointment would not disrupt the current 6 to 3 conservative balance on the Supreme Court.