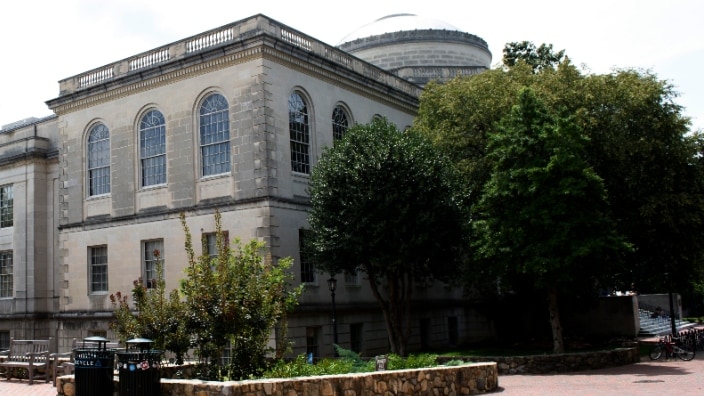 Many universities had been removing symbols of the Confederacy, but the protests in 2020 helped accelerate the process.

Eight colleges in North Carolina are taking deliberate actions to scrub symbols of white supremacy from their campuses.

A new report from at the time. Aycock Residence Hall — which was named Charles B. Aycock, a former governor of the state and a white supremacist — is now named in honor of Hortense McClinton, the first Black professor hired by the school.

North Carolina State University is removing the name of Josephus Daniels from a campus building. Daniels was a former News & Observer publisher who used the newspaper to incite fear of Black residents and political leaders into its readers. He was instrumental in inspiring a race riot in Wilmington in 1898 that overthrew a fairly elected, mixed-race local government and left more than 60 Black residents dead.

NC State has also removed the word “Dixie” from the first line of its school song, replacing it with “Southern.”

William Peace University has removed a statue of its namesake, who was a slave owner. The statue, which sat on a bench on the campus, was extracted because of its potential to create an environment of divisiveness.

Other colleges making moves to delete racist representations from their immediate environments include Duke University and Meredith College. The latter has renamed a hall originally named for James Yadkin Joyner, who was “an advocate for white supremacy and unequal funding for schools based on race,” according to The News & Observer.

It has been temporarily renamed Lux Hall until a new honoree is chosen. Lux means “light” and is part of the school’s motto.