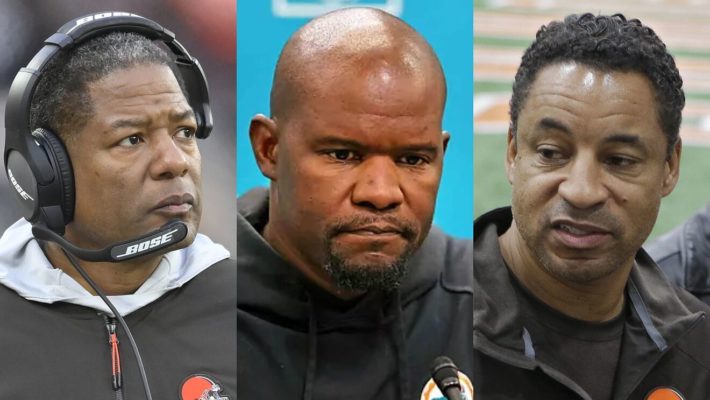 Last February, Flores went public with his suit after the New York Giants hired Brian Daboll instead of Flores. The lawsuit contained detailed descriptions of incidents that Flores believed to be racist. Since Flores’ lawsuit, many others have come forward with similar claims.

In the April 7 post, Schefter says Wilks’ complaint reads, “In 2018 Mr. Wilks was discriminated against by the Arizona Cardinals in a manner consistent with the experiences of many Black coaches. Mr. Wilks was hired as a ‘bridge coach’ and was not given any meaningful chance to succeed. He was unfairly and discriminatorily fired after just one season.”

The complaint goes on to say, “His white GM, who made poor personnel decisions and was convicted for a DUI during the offseason, was given a contract extension. Mr. Wilks was replaced by a white coach, Kliff Kingsbury, who had no prior NFL coaching experience and was coming off of multiple losing seasons as a Head Coach at Texas Tech.”

Schefter then states the complaint of Horton — which reads in part, “ Mr. Horton was a long time NFL coach and Defensive Coordinator when he was interviewed for the Tennessee Titans Head Coach position in January 2016. This turned out to be a completely sham interview done only to comply with the Rooney Rule and to demonstrate an appearance of equal opportunity and a false willingness to consider a minority candidate for the position.”

He followed up by saying, “the Titans’ all-white ownership and management ultimately hired Mike Mularkey, a white candidate.”

Horton also recalled how years after being hired, Mularkey was heard on the “Steelers Realm” podcast saying, “I sat there knowing I was the head coach in 2016, as they went through this fake hiring process knowing, knowing a lot of the coaches that they were interviewing, knowing how much they prepared to go through those interviews, knowing that everything they could do and they had no chance to get that job.” Mularkey was speaking about parts of his career that he regretted.

Increased visibility for Black assistant coaches and incentives for hiring Black coaches are among the conditions listed in the lawsuit.

On March 28, the NFL announced that it would be forming a diversity committee to review policies and hiring practices.

The NFL is still investigating claims by Flores, now employed as the Steelers’ linebackers coach and senior defensive assistant, related to Dolphins owner Stephen Ross, who allegedly offered the former coach $100,000 per loss during his tenure as Miami’s head coach in order to better the club’s draft position. Flores’ amended suit includes allegations that the coach sent a memo regarding Ross’ supposed bribery to other team executives in 2019.