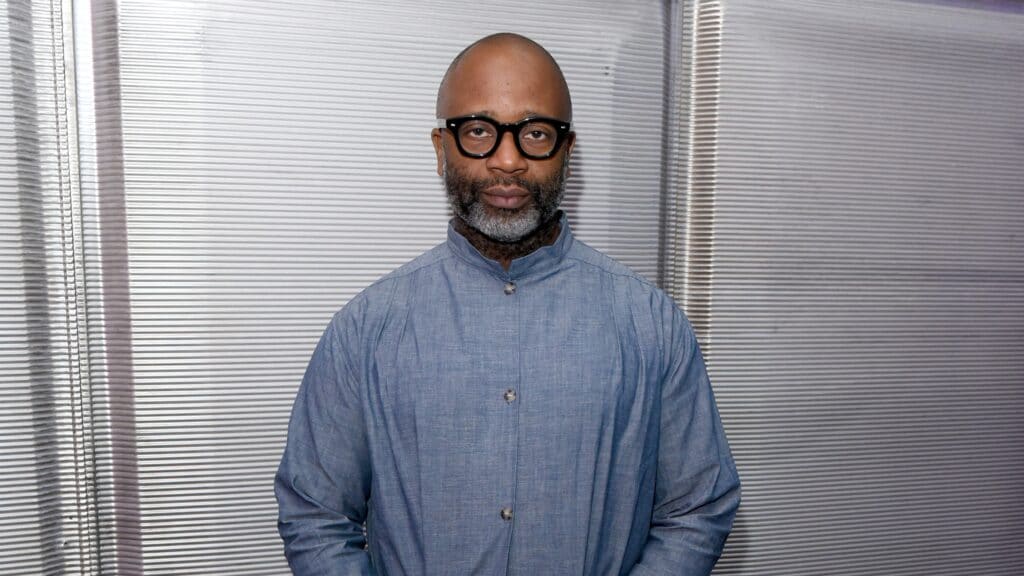 The Chicago-based artist and Prada launched the Dorchester Industries Experimental Design Lab, an incubator for designers of color.

There is no shortage of Black talent in all fields of design—but when it comes to a pipeline for that talent to be identified, fostered and succeed through their respective fields, the lack of access remains staggering. It’s a dichotomy acclaimed artist and academic

Tthe Design Lab is just the latest iteration of Gates’ ongoing relationship with Prada; he co-chairs Prada Group’s Diversity and Inclusion Advisory Council alongside Ava DuVernay. Seeking to make a deeper impact in diversifying the design world, he pitched Prada on making a more deliberate effort through the Design Lab.

“We spent a lot of time watching how many of the fashion houses in the design world and the museum institutions have been acknowledging and celebrating the contributions of Black artists and designers and people of color, but it felt like much of that has been marketing strategy,” Gates explained to the Sun-Times.

Named for the Chicago street where the Rebuild Foundation is located, the Design Lab will largely be based on the city’s South Side, with satellite events and exhibitions in Los Angeles and New York. To identify the inaugural group of designers, candidates were nominated by luminaries across industries including DuVernay and late designer Virgil Abloh, who was also a Chicago native. The 14 designers selected will progress through the 18-month program in two groups, supported by over $250,000 provided by Prada.

But the potential benefits of the Design Lab don’t stop with its first 14 designers; the mentorship and support they receive are intended to be paid forward.

“It’s really about innovation,” Sarr, founder of the fine jewelry brand Almasika, told the Sun-Times. “It’s going to help me with my practice to think outside of my own industry … With Chicago, a city where you are constantly asked, ‘What are you doing for the city?’ I had never thought about social impact this way,” she added.

Fellow Design Lab member Teague echoes Sarr’s comments, telling the Sun-Times he sees the program as both an opportunity to collaborate and initiate “design coming closer to communities of color.”

“There’s just a huge impact of learning from one another that can happen,” he said.