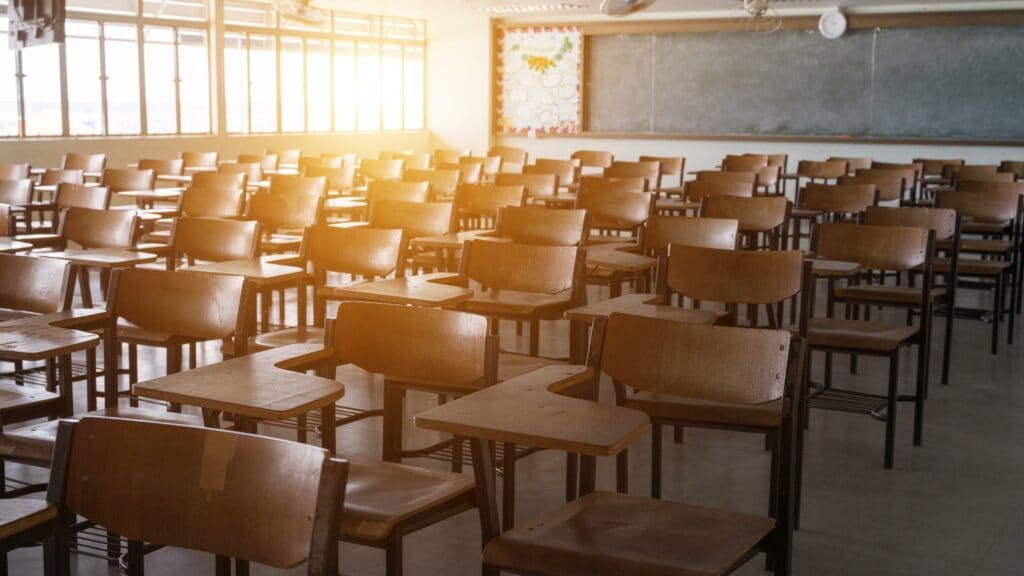 A Virginia tenth-grader is being sued by his former history teacher where he is accused of taunting and harassing the longtime educator with acts of racism in the high school.

As reported by 10 On Your Side, Joel Mungo has worked as a history teacher at Menchville High School for 21 years and says this is the first time he’s been the victim of repeated acts of racism by a student. The juvenile at the center of his lawsuit allegedly left a banana in his classroom doorway on several occasions.

“Someone left a banana at my door. The banana was perfectly placed in the doorway,” Mungo told 10 On Your Side.

Mungo said the unusual occurrence began last October. “Then it happened once a month,” he explained. Bananas have long been symbolic to racists and white supremacists who tend to compare Black people to monkeys.

“It was clearly a deliberate act,” he stated, noting that the banana was always left in the same spot. After the sixth time, Mungo reported the problem to school officials. Menchville administrators watched surveillance footage pulled from outside the classroom and found the culprit responsible was one of Mungo’s students.

“I gave the student a chance to come clean. I asked him, ‘Hey did you do this?’ He said ‘No,’ he played dumb, ‘No idea what you’re talking about.’ So I said ‘OK, go down to the assistant principal.’ I’m the only Black teacher he has. He has six other teachers. No other teachers were involved,” Mungo said.

The student was removed from Mungo’s class and placed on a two-day suspension.

“It’s 2022. Just to have some type of hate crime is absolutely ridiculous. I was sickened. I was highly upset. So upset, I took the next day off. I didn’t go to work that Friday.”

Mungo is pursuing legal action because he’s “fed up with the racism,” he said, adding, “especially at our academic institutions.”

“Coming from the HBCUs and other colleges, the bomb threats, the nooses, the bananas and now it’s streaming into public education. It’s time to take a stand and just let people know it will not be tolerated. I know I’m not tolerating it. You have to speak up. You can’t allow it to go on because then it will just continue to go on,” he told 10 On Your Side.

Attorney Ali Shahrestani, who is not involved with this unique case, commented on Mungo’s lawsuit in a statement to Newsweek. He said the teacher may have taken legal matters “to make a bigger point here because the school issued a meager two-day suspension for an arguable hate crime and an act of malicious and racist harassment against an African American teacher in a predominantly white public school,” Shahrestani said.

“The tenth-grade student is arguably old enough to know better, and a more appropriate punishment should have been immediate expulsion, especially when the school possesses video evidence of the student’s illegal actions,” he added.

Shahrestani said if Mungo was his client, he would advise him to “consider a lawsuit against the school for supporting a hostile work environment via its negligent failure to dole out a reasonable punishment.”