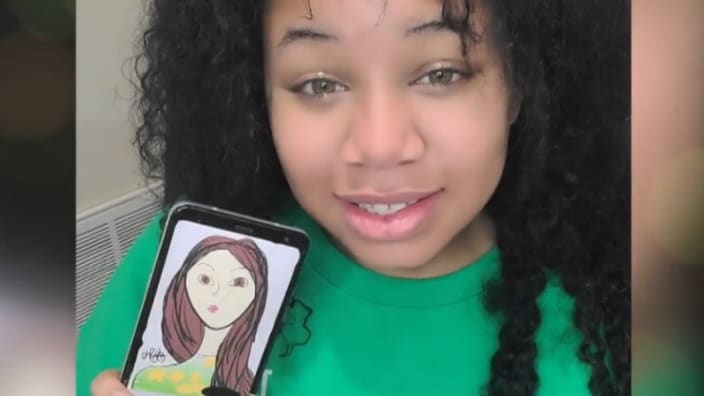 Nyla Hayes loved brontosaurus dinosaurs as a little girl. She thought they were fascinating and strong. She even gave them the nickname “long neckies.”

As she continued to cultivate a love of drawing, Hayes, now 13, drew on her love of the creature, creating beautiful, unique art pieces with that moniker, and, according to

From Lucille Ball to Michelle Obama, Hayes has made 3,000 original portraits and shares many of them on Instagram, where she has more than 17,000 followers.

She was also named Time magazine’s first “Artist-in-Residence” last October, which was created to celebrate artists who are advancing their careers through NFTs.

“These Artist-in-Residence collections will continue to allow TIME to bring art on to the blockchain that marries the artist’s signature style with a renowned TIME franchise,” they wrote, part of the publication’s “nearly 100-year tradition of highlighting great artists and photographers of a given era while leading the brand into new innovative spaces — in this case NFT’s and Web3.”

As a part of her work with the magazine, Hayes recreated an iconic “Women of the Year” cover featuring Frida Kahlo drawn in her “long-neckie” style.

Hayes has been able to soar to such amazing heights with the support of her mother, Latoya, and an uncle who introduced them to the blockchain.

“I could see how passionate she was about her art, and I just thought like, if I could support her in any way. That’s exactly what I’m going to do,” Latoya told Today.

Hayes describes her mom as her “right hand.”

“Honestly, when I first heard about NFTs I was kind of like, I honestly don’t know about this,” Hayes told Today, “but I’ve been wanting to put my art out for a while, so it was a good platform to do it.”