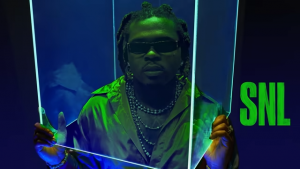 Gunna made his first appearance on Saturday Night Live, performing “Pushin P” alongside Future and also “Banking on Me.” The two tracks are from his DS4EVER album.