J. Cole Admits He Was Nervous About Collaborating With BIA On ‘London’ [Video] 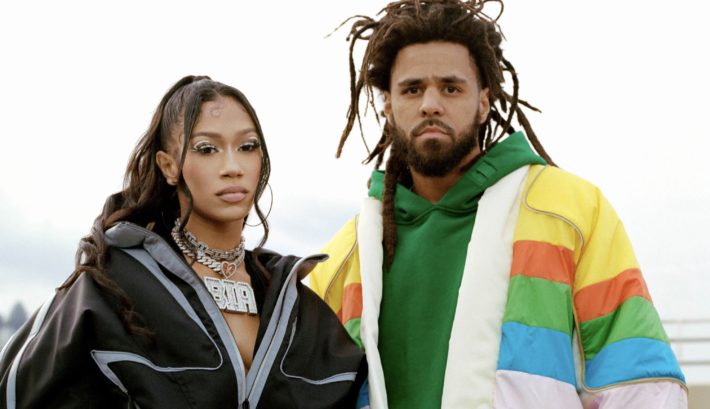 J. Cole has 15 years and a slew of collaborations under his belt, yet he was “genuinely nervous” about jumping on BIA’s new single, “London.”

BIA’s new song, “London,” is already a hit on social media, with fans praising the rapper’s tongue-in-cheek British-isms and guest rapper J. Cole’s jaw-dropping featured verse. As the song dropped, however, Cole revealed that despite being the veteran artist in this situation, he was actually nervous about trying to improve a track he already saw as perfect. In a lengthy Instagram post, Cole wrote about how he came to be on the song and why he was so apprehensive.

“I Asked BIA to come through the studio for some whole other sh*t,” he recalled. “First time meeting her. We chop it up. She plays me this new song she had just did. Mannnnnnn in that moment I was blown away. I thought about this song for a month straight, it was my favorite song and I only heard it one time. She hit me recently and sent me the song (she musta knew I wanted to hear it again!!!) and I was just grateful to have it in my possession. When the thought and conversation came up about me adding a verse, I was excited but genuinely nervous cuz I didn’t even see how the song could be better after what she did to it. I didn’t want to f*ck nothing up! I’m grateful I Ended up catching the right wave.” He closed the statement by thanking his host and praising her “energy and spirit.”

Maybe it’s that nervousness we have to thank for Cole putting his whole foot in that verse — let alone his other recent appearances on YG’s “Scared Money” and Benny The Butcher’s “Johnny P’s Caddy,” as well as his verses on Dreamville’s Gangsta Grillz mixtape with DJ Drama. If this is how he snaps when he’s nervous, I can’t wait to see what he does when he feels confident.

You can watch the “London” video below.

The post J. Cole Admits He Was Nervous About Collaborating With BIA On ‘London’ [Video] appeared first on LOVEBSCOTT.