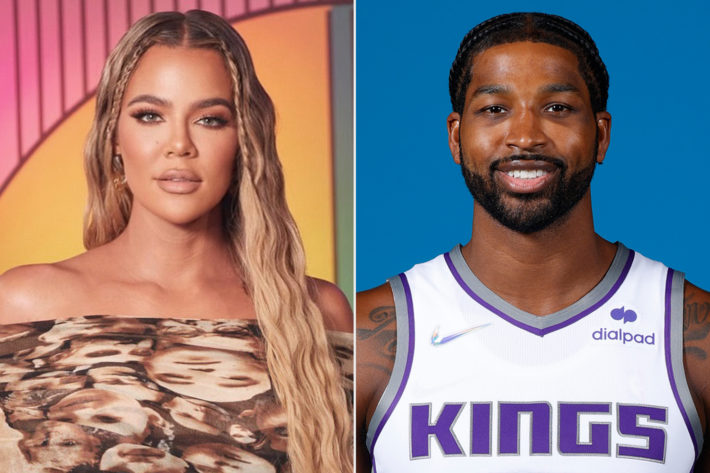 It sounds like Khloe Kardashian has finally had enough.

Khloé Kardashian dramatically yelled “liar” as a scene featuring ex Tristan Thompson was screened at the premiere of the family’s new Hulu show “The Kardashians” on Thursday.

Amid their relationship drama, Thompson appears in an episode telling Khloé that he was working on regaining her trust. As the episode played, “someone in the audience screamed liar!” a spy at the party told Page Six.

And it turns out, “it was Khloé. She yelled super loud, liar,” the spy added.

A Kardashian insider confirmed it was Khloé, 37, who made the outburst, but told us “it wasn’t an angry yell.”

The insider explained, “She jokingly said, ‘liar.’ People were laughing. She was in an amazing mood and spirits.”

Hulu and Disney went all out for the bash, which took place at Goya Studios in LA. They supplied copious amounts of booze, desserts from Hollywood favorite restaurant Craigs and “Jack Latham flowers were everywhere,” we’re told.

The guest list was “very curated,” we hear, but the entire Kardashian clan was there except Kendall Jenner. The supermodel’s 818 tequila, however, was flowing.

Kim Kardashian and Pete Davidson made their first public debut and sources described him “as very much a part of the family.”

“All the kids were there, so he’s met them all now. He was hanging out with Scott Disick and Jonathan Cheban. Him and Kim seemed very comfortable together,” the first source said.

Another source at the party told us, “Pete hung out with Kim most of the night and was friendly with everyone.”

The duo made it a couples’ night and headed to Jon & Vinny’s with Kourtney Kardashian and Travis Barker after the premiere, we’re told.

The Kardashians premieres April 14 on Hulu.