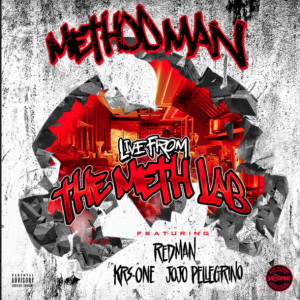 Hip-hop legend Method Man is back with a new collaborative track straight from The Meth Lab. The song, entitled “Live From The Meth Lab,” has a distinctive 90s hip hop vibe and features longtime friends, frequent collaborators, and genre icons Redman and KRS-One and Wu Tang affiliated rapper JoJo Pelligrino.

The Meth Lab project is a platform curated with friend and collaborator Hanz On that draws upon the Staten Island hip-hop community to put on up-and-coming artists alongside some of Wu Tang’s most exemplary and noteworthy affiliates. The album was recorded in Meth Lab Studios on Staten Island and will be released on May 6, 2022, via Hanz On Music Entertainment (H.O.M.E.) / ONErpm.

The post Method Man Releases “Live From The Meth Lab” and Announces ‘Meth Lab 3: The Rehab’ Album appeared first on The Source.