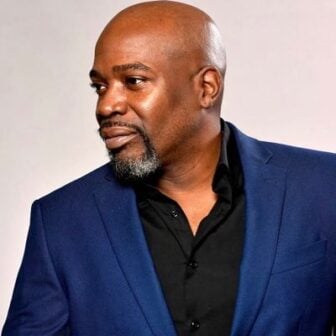 One of the things that infuriates me about most Hollywood versions of Black history is how they cast crotchety, wrinkled white dudes as racists.

Think about it: Who were the men spitting on Black kids and yelling at protesters in the civil rights photos? (We’ve seen the pictures of the civil rights protests.) Who brought tiki torches in bulk to march at the “Unite the Right” rally in Charlottesville, Va.? Who donned a Viking helmet and smeared feces inside the U.S. Capitol?

According to Chicago Project on Security & Threats, 78 percent of right-wing extremists arrested between 2015 and 2020 and 63 percent of the people arrested for the Capitol Hill insurrection were under 45 years old. George Stauber was 24 when he drowned Eugene Williams and sparked the Chicago Race Massacre during the Red Summer of 1919. James Earl Ray was 39 when he killed Martin Luther King Jr. Two of the four men who bombed the 16th Street Baptist Church in 1963 were under 40. Alabama teenagers shot and killed 13-year-old Virgil Ware minutes later. Kyle Rittenhouse was 19 when he took a long gun to a protest in Kenosha, Wisc. The reason why they call themselves Proud Boys and Boogaloo Boys is that old white people have stuff to do and people to oppress!

Far be it from me to write about the mistreatment of white men, but the notion that old white people are the most virulent kind of white supremacists is problematic in many ways. It’s why every generation seems to believe that their generation of white kids will magically disinherit themselves from the white supremacy perpetrated by their forefathers. Apparently, young white kids aren’t racist. Everyone knows racists are old.

On Thursday, the water-carrier-for-white-supremacy-turned-CNN+ host challenged Nikole Hannah-Jones, who has an actual degree in history and African-American studies, on actual history, African-Americans and her factual claims that the young white freedom fighters known as “the greatest generation” were responsible for withholding democracy from Black Americans.

CHRIS WALLACE: Here’s where I take some objection. If you say the country that we were fighting for democracy overseas, and we were not living in, walking the walk, talking the talk at home, I completely agree with you. But you specifically say the greatest generation brutally suppress it, many of this generation, brutally suppressing democracy for millions of Americans.

To me, and I think Tom Brokaw when he originally wrote the book, The Greatest Generation, was talking about 20-year-olds, 30-year-olds who came out of the farm fields of the Midwest, who came out of ethnic neighborhoods in Brooklyn and South Philly and storm the beaches of Normandy and and, you know, fought to defeat the most, the worst regime, I would argue in world history. And to say that they were 20, 30 year olds, the country was brutally suppressing Blacks, but the greatest generation wasn’t.

NIKOLE HANNAH-JONES: Well, they were.

CHRIS WALLACE: No, they weren’t, you don’t be telling me that a farm, that a kid coming off a farm in Indiana or a kid who came from Brooklyn, is was suppressing Black people?

NIKOLE HANNAH-JONES: Indiana has the largest population of the Klan in the United States. The Klan was raised, was reached first in Indiana.

CHRIS WALLACE: I understand but that wasn’t the 20-year-old kid who —

NIKOLE HANNAH-JONES: You don’t think 20-year olds were in the Klan?

CHRIS WALLACE: I didn’t think many of them were, no.

NIKOLE HANNAH-JONES: I mean, I don’t know what evidence you have of that.

CHRIS WALLACE: Well, what evidence do you have that they were, since you wrote it.

According to the actual facts, the greatest generation was racist AF.